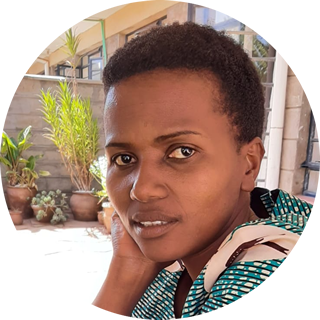 For years, socio-economic development programs in Kenya’s underprivileged areas have been fully financed mostly by international donors. However, a new era is upon us which has seen a major shift in how by whom, and from where the projects are being financed from. Community empowerment and transformation is now starting from the grassroots going up.

After many years and with billions of shillings invested in building the capacity of informal communities and civil society, the reality finally presented itself. The delivered development model wasn’t achieving the desired results on time and the efforts were not equivalent to the time invested. This led to several fact-finding engagements with key stakeholders from the benefiting communities. It was discovered that though donor efforts were for good intentions, the communities strongly felt that the initiatives were not meant to benefit only them or to uplift their living standards.

Many, including myself, believe that the projects and the donor funds are avenues and a preserve of a few individuals and institutions to enrich themselves at the expense of the community at large. This was ascertained by the fact that the many projects I saw being implemented in my community had little or lacked ownership claim from the host community. The sustainability component was also lacking.

Many community members who were supposedly the happy beneficiaries held that their views were not first sought on coming up with the delivered development method. They strongly felt undermined and degraded. This forced many of them to view donors and donor funding as a passing stance and not a platform through which to positively transform their lives or strengthen their livelihoods.

As the world becomes a more connected global village, communities are forced to adopt new methods and ways of handling or addressing many of the issues, in this fast developing and globalizing world. Kenya, like other low-income countries, has benefited from international donors who for a long time have been fully funding socio-economic empowerment programs. Kenya’s economic standing has been updated and it is now regarded as a growing economy, thus the global outlook has necessitated funding trends to shift fundamentally. Due to the reduction in available donor funds, project implementers are forced to design projects that are grassroots-owned and partly funded. This requirement has given rise to the need for a deliberate and targeted focus on project designs that encourage and foster collective responsibility by both the implementers and beneficiaries.

Socio-economic and livelihoods strengthening initiatives in underprivileged settlements had for the longest time received funding and support from a club of few repeat donors. Most of them were foreign grant-making institutions that financed project proposals from local civil society organizations. At the advent of the era of shifting the power from a centralized base to the masses at the lowest level of the socio-economic transformation ladder, a deep and unprecedented slump in foreign donor funds was occasioned. These organizations had to endure a rather frustrating working atmosphere and strained relations between them, grantees, and the beneficiaries at the grassroots. The abrupt shift and the new order disrupted most of the long-term work and budget plans for these organizations. In some instances it pitted the donors against a populace that had become dependent on the model of development where they weren’t required to organize or fundraise for their empowerment; but rather offer themselves to be supported.

With the new phenomena, something had to give. Organizations had to halt the implementation of a number of projects and activities for a period of time. This would allow them to identify capacity gaps within their institutions and realign them to be in sync with the rest of the world.

In most cases, the host communities, who were ill-prepared for the new order, wrongly felt overlooked and disenfranchised. With this mindset, a hostile attitude towards a number of development partners and institutions began to develop. This made it even harder for organizations to explain the new way of partnering for sustainable and community-owned development. The result was more resources that could have been channeled to supporting a larger population had to be used in stabilizing the absurd misunderstandings, allaying fears, and building a working relationship. This would be hinged on understanding and embracing the new responsibilities brought about by the new order.

Despite concerted efforts by the proponents of the new order that is designed and deliberately focuses on placing the community at the driving seat of its growth, a myriad of challenges still exist. Those supporting the model believe it is the surest way to long-lasting and impactful change in the lives and livelihoods of the targeted beneficiaries. Unfortunately, the slow and low manner in which local organizations, local and national administration, and grassroots communities have taken to embrace the new order is worrying. It seems the model disoriented and disorganized a number of practitioners in the development world, forcing some to close shop. The outcome is a steep rise in challenges and issues that the communities are supposed to tackle by themselves as they scramble for the very few available resources from the donor world.

This model, though demanding, is hailed by beneficiaries as one that resonates with their aspirations to grow and transform themselves and their communities. Through such a model, stakeholders and benefiting communities possess strong ownership of projects being implemented in their communities. There is a greater sense of acceptance of projects compared to how things were done previously.

Through this model, targeted beneficiaries, local administration, and development partners are required to raise a percentage of the total project budget. This forces the community to organize themselves and devise unique fundraising techniques through which to raise the funds. They are mostly pegged at 25% or 50% of the total project budget amount. During this engaging exercise community members’ hidden or suppressed talents are brought to the fore and applied. This is believed to foster a sense of worthiness that leads to a community of members with high self-esteem. With motivated community members and a strengthened identity being part of the management of development projects that are geared towards their growth, the result is clear; The objectives of the programs and projects are easily attained and sustained for longer, thus benefitting a larger population and generation.

The Pamoja for Change model fosters community accountability, builds trust, and offers the benefitting community the unique opportunity of seating in the driver’s seat and taking charge.

This model has drastically transformed how development processes are designed and implemented. The power to analyze and identify challenges in the community, propose mitigating measures, mobilize resources, and design and implement projects have shifted from international and national stakeholders to the local grassroots communities.

Many organizations have been forced to re-examine and adjust their plans to accommodate the new way and manner of running and delivering on development projects and programs. Some organizations that previously sat in boardrooms away from the community, without requiring and placing the input of community members, have had to painfully adjust the modus operandi. For those who were too rigid to adjust, the new setting forced them to close shop.

There were many youth who had embraced the sorry tendency of demanding and receiving handouts to participate in a donor-funded project being implemented in their community. They have now been forced to drop the vice and join other community members in embracing the new way of doing things.

Bureaucracies and challenges that were previously occasioned by a few rogue government administration operatives have also been eliminated. The model has converted people once viewed as adversaries to allies of the community. The consequence has been a reduction in the time it takes for official government approvals for certain projects and a reduction in the amount of resources spent on a project. This has increased the scope and number of issues to be addressed by community members led and financed initiatives.

It’s evident that as Kenya keeps developing and climbing the global economic status ranking, international funding opportunities will keep dwindling. As such all efforts must be made to shift and place the power to transform, capacity build, and sustain communities’ development and wellbeing in the hands of community members. Such measures will avert any foreseen and unforeseen effects that may be occasioned by that occurrence. The Pamoja for Change models have proven that communities have enough resources, both material and human, to address their challenges. Concerted and deliberate focus must be employed to strengthen community-owned and led initiatives to better address challenges and grow. Therefore proper checks and balances methods must be put in place to avoid a reversion to the old order.