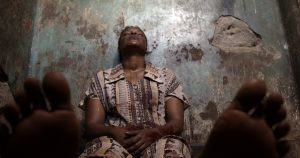 In this Episode of the African Movie Review, Emmanuel Mandebo brings you Kemi: The Final Tragedy. A film by the multi award winning director, Kizito Samuel Savior. The film is about Kemi, who suddenly loses the father to her unborn child in a plane crash leaving her at the mercy of the man’s relatives considering that they were not officially married. The man’s relatives consequently evict her from the man’s house leaving her to fend for herself and the yet to be born child.