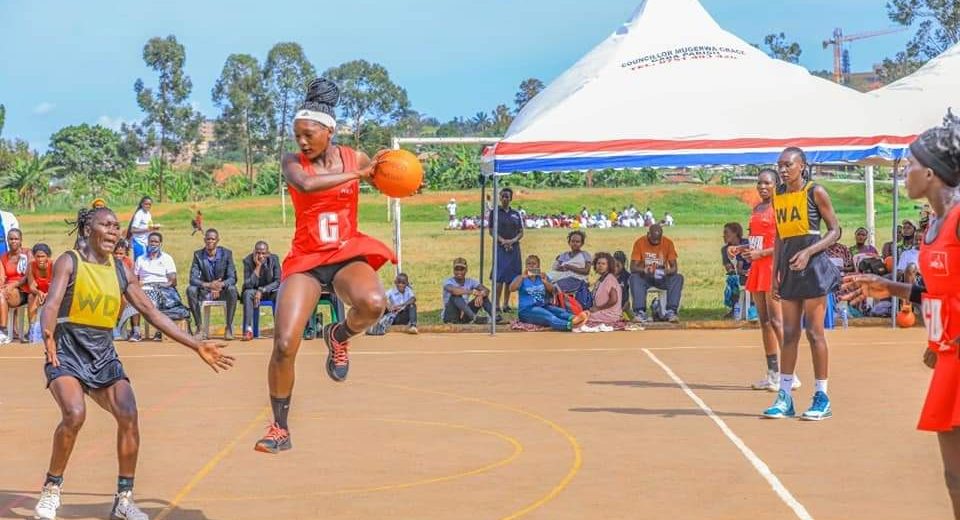 Sports has always been used as a unifying factor the world over, a means of celebrating our unity and diversity. Yet, some quarters still believe that certain sports are for women and girls only. Mugisha Ali challenged that narrative and opted to follow his passion and is now one of the best netball umpires on the African continent.

We are living in times where society stereotypes roles, characters, and personalities. Growing up, they say boys should never wear certain colors, play certain sports like netball, or even show emotion. So many men today are scarred by this, thinking they will be considered inferior if they do not act or behave in a certain manner.

Mugisha Ali, Uganda’s first Africa Grade ‘A’ netball umpire, pursued a sport that is considered the preserve of women and girls. Even associating yourself as a man with such a sport is considered an inferior act. Yet, he managed to defy the naysayers and through hard work, led his team to victory at the East Africa Club Championship, taking home the winner’s trophy. Uganda is currently ranked 6th worldwide —behind formidable powerhouses like Australia, New Zealand, England, and South Africa— and second in Africa.

As a child, Ali saw how the older girls were unfair to the younger ones, often pushing them, literally, during the matches. Surprisingly the girls, including one of his sisters, never gave up and continuously showed up for the matches. This inspired him to go out and watch them play, something which made him realize that people were not aware of the rules of the game. He also felt that his sister’s potential and talent were not being fully utilized. After identifying the problem, he found the solution which would ultimately make him one of the best umpires in the country.

Growing up in a polygamous family nurtured strength in Ali and his sisters, forcing them to develop and exploit their talents since this would be their only way out of poverty. Having numerous mother figures at home meant that they had to be their own parents in order to bridge the ‘parental love’ gap they felt was missing. He admits another reason why he joined netball was that he thought it would contribute to developing motherly skills in him.

Ali joined the women’s national team, the Uganda She-Cranes, as a trainer and an umpire in 2018; a technical official in 2019; and as an assistant coach for U21 in 2020; He led the team at the SPAR Challenge in Cape Town, South Africa. However, success doesn’t come on a silver platter. He has been typecast within the industry because of his gender. He has also been discriminated against because of his age but this no longer bothers him. Instead, he has equipped himself with more knowledge and expertise in the sport. When asked how he handles coaching the women’s team, his answer is short and firm, ‘I keep it professional.’

The end justifies the means. Let’s concentrate on what’s best for us rather than what people assume is. Instead of dwelling on senseless subjects that don’t add value to society, like gender sports and roles, our focus should be on more important issues. How can we make the sport more inclusive? How can we accommodate and cater to children and people living with disabilities? It is important to remember that success is a public affair that we can all celebrate in.

‘We all know a day without netball won’t kill me, but why risk it?’