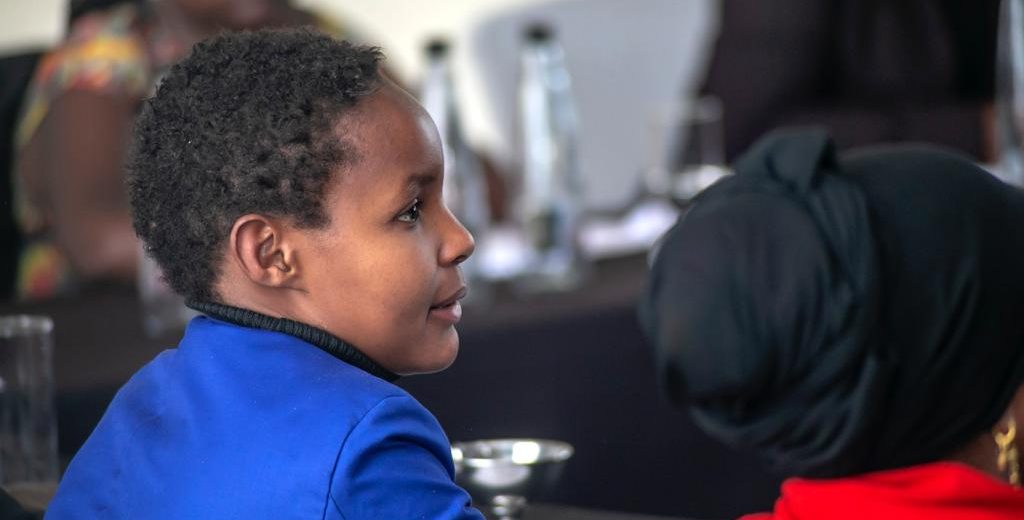 The 2022 Kenyan election is turning out to be a pivotal moment for women and youth in politics for several reasons. Three of the four presidential candidates chose to have female running mates, a first in the region, all having reformist backgrounds. It also has a record number of youth and female aspirants vying for elective seats. Undeniably, the future looks promising

Party nominations are a critical event in the buildup to a general election everywhere in the world. In the electoral cycle, their outcome determines the fate of many political aspirations. Many seasoned politicians have been sent back to the drawing board at this juncture, with a new breed being birthed.

The just concluded party primaries in Kenya involved over 65 political parties, either as individual parties or under a coalition/alliance. They were the first to be conducted under the new Political Parties Amendment Act that was recently passed by the National Assembly and assented to by the President, a few months before the nominations. Many youths expressed interest in the various political seats available, some opting to go the independent way, out of fear of the so-called bigwigs.

Vice Versa Global’s Nicera Wanjiru speaks with a young political aspirant from Kitui County on her political ambitions. The fearless 22-year-old is the only lady gunning for the coveted Member of County Assembly (MCA) seat for Kanyangi Ward, against seven other candidates.

‘My name is Maureen Muthike David. I am a native of Kitui County, Kitui Rural Constituency, and Kanyangi Ward. I will be vying for the MCA’s position in my ward under the Orange Democratic Movement Party (ODM). I studied at the Technical University of Kenya, undertaking a Bachelor of Commerce degree, in Finance option. I was a student leader at the university and represented them in Congress for two consecutive terms from 2019- 2021. I am a Free Drug Society Ambassador for Kitui County and a member of the National Taxpayers Association. I was also chosen as a Finance Resources Mobilizer Officer by the Disability Discovery Association of Kenya. This helps me to identify the affected in my ward, especially those with spinal cord issues, and buy medication for them.

With assistance from the Campus Congress, I started Somesha Comrade Mashinani Organization. It was to enable the students struggling with tuition fees payment to remain in school. I also founded the Bee Top Raw Honey initiative to support bee farmers find better markets. These are just a few of the reasons why I’m campaigning for this seat. I want to push for effective policies that will help students and farmers from not only my ward, but the county as well, and effectively the country at large,’ she says.

‘We are no longer content with being called the leaders of tomorrow. It is in the National Assembly, Senate, and County Assemblies where decisions, policies, and budgets are passed. If we as young people don’t have representation in these houses, we are doomed, and will forever keep complaining. I want to represent my fellow youth and women,’ she states.

She affirms that politics is not for the faint-hearted; you have to fight for your space and guard it. History dictates that being a single young woman in some communities, you cannot raise your head to speak, let alone get into politics. This has become a trend to scare conscious women from joining politics since it is tied up with family.

‘Campaigning during the party primaries was quite the challenge, with the ground being hostile at times. Contesting against men is not a walk in the park. In politics, your opponents will fight, disgrace, and besmirch you, and if you’re weak, you will be disheartened and quit. I realized that in order for me to win, I have to be active in the party activities. I joined Young Captains, under the ODM Women League Leadership, and was chosen to be the team lead in my County. On seeing this, my opponent developed cold feet and opted not to pay the mandatory nomination fee. As a result, I was awarded a direct ticket by my party.

Thanks to caucuses like the ODM Women League who organized women aspirants training, supported by the Oslo Centre, more women are going to the ballot come August 9th, 2022,’ she says.

‘So far, the campaigns have been fair to me. The women and youth are supporting me since I have their agenda at heart, which is a big plus for me. My opponents have now focused on fighting me instead of selling their agendas. My biggest setback, however, is finance. I am fresh out of school, while my competitors are wealthy experienced politicians who always give handouts at their meetings. All I can do is sell my manifesto. The deep-rooted chauvinism in my society denotes that men should be given preference when it comes to leadership positions, forgetting that women will bring more order and new ideas to the political space. I am very confident that I will get this seat if the proposed *zoning doesn’t affect me. Being young and experienced, I have the will and strength to represent my people at the county assembly and I believe I will deliver.’

Advice to Young Women in Politics

‘Uphold your dignity and hold your head high. Do a thorough soul searching, understand yourself, and be ready to fight for that space. Women are capable of doing great things and any young woman in politics should not allow men to degrade them. Young people are the fresh blood of every nation and with new ideas. Therefore, they should grab that space that is seen as the preserve of politically experienced men. We are the future and to actualize that, we need to start now, this very minute. Time is nigh,’ she says as she winds up.

Will Maureen become the next Member of the County Assembly for Kanyangi Ward? Only time will tell. Vice Versa Global will keep an eye out on her and other young female aspirants as we continue to bring you inspiring stories of Young Women in Politics.

*Zoning is a practice that allows parties that are perceived to be dominant in certain regions to field candidates without competition from others in the same coalition.

‘It was quite a hard and hostile ground due to the fact that I was a woman going against a man for the Orange Democratic Movement certificate. I could hear him feed people with propaganda that young people are not well groomed for leadership positions, especially in politics. To make matters worse, I was single. That is when I realized politics is not for the faint-hearted and you shouldn’t take it to heart.’