The realities of life in Dubai

We began this three-part series with Rita Atuhaire’s account of her first encounter with a foreign country and how she coped with it. Continuing the discussion in our second part, she discusses a friend’s unfortunate event, bias in employment, and the misconceptions that most people have about women working in Dubai.

We will never regret the decision we took to leave our countries and come in search of greener pastures because it has also been a training ground for us. Being an opinionated lady, I am learning to keep my opinions to myself otherwise, some of my opinions can lead to a job loss or even deportation. So, my acquired basic life skill is to “shut up” but writing about some of these things is therapeutic for me which reinvigorates and energises me to push beyond the limits of humanity. For that, I am grateful to Vice Versa Global for allowing me to express my emotions through my keyboard.

Recently, a Nigerian friend living in the UAE was abruptly fired from her job that she loved and was committed to for the last fifteen months. It was such a shock for her when the boss told her that the reason she could not continue working with the company was that the UAE had banned visas for Nigerians. This means that she can’t be employed anywhere there and her safest option is to go back to her home country. I will tell her story another day.

What broke my heart the most is the statement she made while she was crying as I was trying to comfort her; “I’ve lost my job in a company I’ve been toiling so hard for because of being Nigerian and I can’t do anything about it.” She is a single mother and sole breadwinner for her elderly mother and her four-year-old daughter and it is unfair to make her pay for the mistakes of her countrymates. People don’t just choose to leave their country and relocate to work somewhere else where they will find a strange climate, food and culture. They might also experience a life of being unwanted all the time if they had the choice of having equal opportunities in their countries.

I don’t mean to say that we’re miserable and having a rough life over here. Some of us live a better life than we used to back home. Sometimes you come across a job opportunity post that you know for sure that you or someone you know would perform perfectly if given a chance, only to read at the end of the post, “Asian nationalities only please. Africans don’t apply.” If the job vacancy is not a movie character role that describes a specific human physical appearance, only unapologetically racist societies would put up such posts. Even if such posts were in favour of Africans, I would not be happy about it because potential is not based on nationality or skin colour.

Well, I’ve never seen a job post requiring only Africans; not even in Uganda where we have so many Asians around. They are given equal job opportunities and sometimes treated specially because it is in our culture to treat visitors exceptionally well and make them as comfortable as we can. Of course, we may never have the same treatment when we move to other countries as we do at home because cultures differ. At least we are being allowed to work here and feed our families back home which we are grateful for, though at times it can be disheartening.

At times you might be more educated, skilled and experienced than someone else, yet they will be promoted into a job position that you have been angling for. The boss, who is their “kabayan” (Taglish for countrymate), will ask you to teach them whatever you know so that they can be able to fit the position well. All in all, all that matters is that you have a job and a working visa. Additionally, the sight of fellow Africans without jobs in a foreign country and some being deported for lack of visas humbles you to appreciate what you have.

With all this hustle we put ourselves through to live a decent life, some people still believe that a woman living and working in Dubai is practising prostitution. This is because of many misconceptions. I was chatting with a male friend recently. He told me that he could never marry a lady working in Dubai because he was told all who move here practise prostitution. Those who have jobs take up prostitution as a part-time job, a very mistaken belief.

There are indeed many prostitutes from African countries on the streets, which is an illegal act. If I had the power to make every one of them either go back home or find a legal job I would. Negative news always overshadows positive ones, so we are always wrongly patronized for the acts of others. However, I stopped judging them when I learnt that some of them thought they were coming here for legal jobs. However, they were forced into prostitution after having their documents confiscated. Some were scammed by people who pretend to be recruitment companies offering jobs. They later disappeared after taking their money, leaving them stranded and desperate with no place to go after being sheltered by male strangers and “entertaining” them for money. 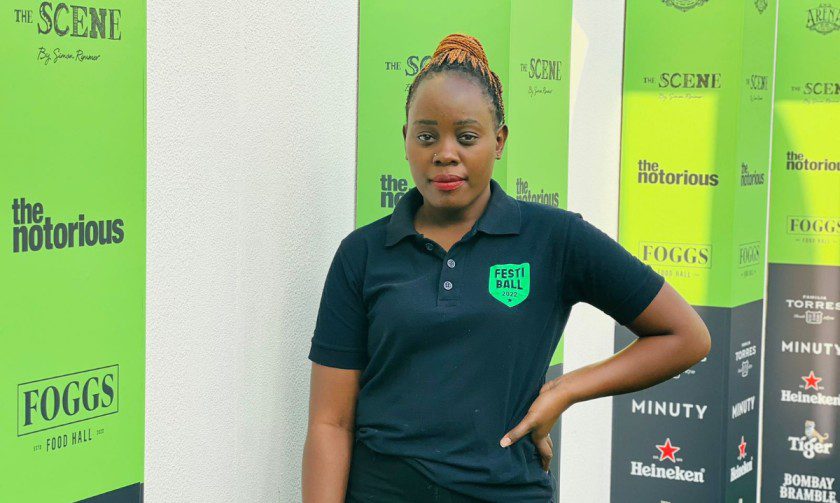 I was also a target for prostitution when I was looking for a job, but I am glad I kept my head up and kept an open mind. There was this one day when I was coming from a job interview dressed in black and white (the uniform for job seekers) when a man stopped me and inquired whether I was interested in working at his company; of course, I was. It looked like I had finally gotten my big break. When I asked him what his company did, he started mumbling in broken English, which I didn’t understand. To facilitate communication between us, I asked him for his business card so I could read what his company was like on the card summary.

He searched his pockets in vain and invited me to walk with him to his car where he claimed the cards were. He entered the car and sat in the back seat, asking me to join him with an awkward smile, saying, “Come inside me, and you….understand?” At that point, I realized what was going on and decided against entering the car. Once again, I asked for a business card and what the company was about, which is when he turned serious. He shut the car door on me, walked to the driver’s seat, and drove off. Imagine what would have become of me if I had just entered the car.

In spite of all the strange things I encounter in this strange country, I embrace it. I take it as an adventure I wouldn’t be able to experience in my homeland.

Ritah Atuhaire is a Ugandan living in Dubai. As a teacher, filmmaker, and entrepreneur, she relocated to Dubai when the lockdown in Uganda shut down her business, delayed the opening of schools, and curtailed the activities of the film industry. On travelling to Dubai, she found out that the teaching job she had applied for had already been taken. However, this didn’t stop her from opening herself to learning new skills to widen her chances of getting employment in the new country. She’s now a bartender in one of the finest restaurants in Dubai.