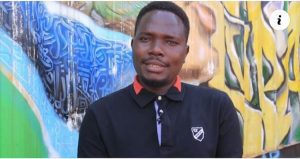 In this Episode of  the montly African Movie Review by Emmanuel Mandebo, Vice Versa Global brings you the multi award-winning Ugandan short film ‘In Reality’, directed by Kasule Douglas Benda. In the film, an HIV positive dad finds out that the HIV positive girl he is having a sexual relationship with is actually the girlfriend to his HIV negative son.