Against the odds: My story of sacrifice and success

There is often an element of surprise in life. You might be on the brink of expecting or giving up hope, when the unexpected happens, which is exactly what transpired with Billy. In the final chapter of our three-part series, he divulges his wife’s anxiety when he stopped communicating, how he handled it, and his current and future plans.

Having spent more than one year unemployed and in a foreign country to the point of giving up, Billy got a surprise job offer; a life changer. This scenario always motivates me to keep working towards the things I want to happen in my life. Sometimes a voice will say, “It will never happen,” but another one reaffirms, “Billy should be your example.” That night was a celebration of his breakthrough since everyone in the bed space was vouching for him. Preparing him for his first day at work became a teamwork as they were all enthusiastic about this turnaround.

With the general manager personally orienting him for the first two days, the other employees assumed he was either an investor, or a COO since they moved together everywhere. Usually, it would have been one of the waiters who would be delegated to take him through the whole process. As it turns out, the manager explained, he had come at a time when they were looking for a strong bodied man who could run the food trays to the tables tirelessly; and he liked his honesty. All he had to do was pay attention and learn what he was supposed to.

This new job was Billy’s cherished treasure. He valued and loved his job, and did whatever it took to perform his duties perfectly. Whenever he was off duty, he would spend countless hours studying the menu since it was the first time he had seen most of the dishes. It was challenging for him to play his role efficiently because so far, he had only been familiar with Ugandan cuisine, yet here he was administering a western-style restaurant. 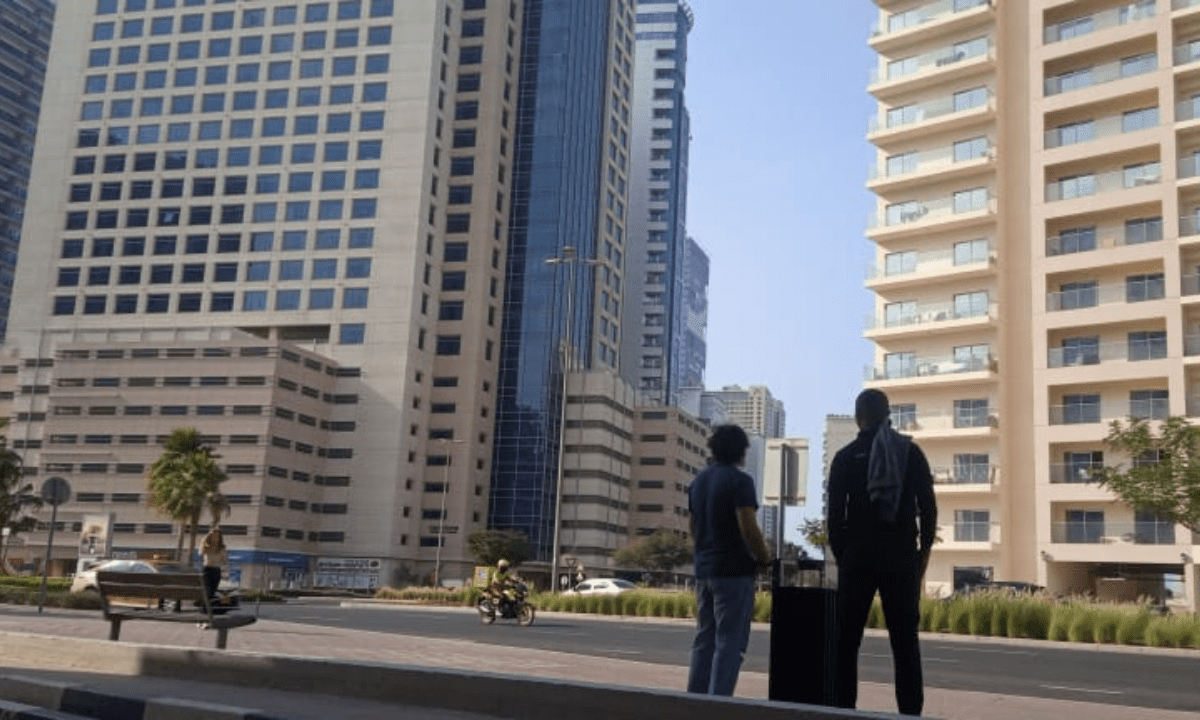 Back home his wife had started throwing tantrums, claiming that Billy had neglected them. She suspected that he had another woman in Dubai which made him forget his responsibilities as a father and a husband, since it had been a while since he had paid the bills. They were in debt for all the schools the kids used to attend. The grocery store that used to give them items on credit had stopped because the debt had grown so much.

She had cut off the rent bills by moving into one of her mother’s rental houses, which was an embarrassment for him as a man. He was brought up knowing that a true African man doesn’t allow his in-laws to cover his family bills, he has to show that their daughter is in safe hands. She had all the reasons to be angry with him because he was never online and never replied to her texts for a while. According to him, he stayed silent because he had run out of excuses, but did not want to tell her the truth.

He did not know how to tell her that the pillar she was leaning on was broken. With so many stories about Africans who lose their lives in the UAE, the poor lady had already started imagining the unthinkable: maybe her husband had been arrested or kidnapped, got his internal organs harvested, and died in a foreign country. He later resurfaced and simply told her “Everything is okay. I didn’t have a job, but now I do.” This is a prime example of why men commit suicide at a higher rate than women, they are too reserved even when it is not necessary.

When he received his first salary, he sent most of it home with a long text explaining his struggles and addressed all her queries. She became angry at him, but also felt guilty of the accusations. She decided to get back to work, and agreed to join him to help fast-track the development process once their child turns two. At work, Billy began to take on responsibilities beyond his job description. He would do the cleaning whenever the cleaner was off duty, help the waiters to take orders, and lent his hands to any department that needed his help, which helped him acquire all-around skills.

Except for one day when he reported for duty ten minutes late, he always performed his duties perfectly. The duty supervisor almost gave him a warning letter but because of his stellar performance, he was spared and only got a verbal warning. That’s when he decided to shift from his lovely bed space to a new one that was closer to his workplace which is how we met, when he moved into our bed space. He could now put in extra hours at work, which made him exceptional.

Within six months, he got promoted from the food runner’s position to a waiter, which came with a higher salary. He is currently pursuing a certificate in hospitality to continue developing himself in a career that he joined by accident but found fascinating.