There comes a time in every male adult’s life when they have to call themselves to a meeting and reassess their life choices. You’ll do the math and realize that you’ve spent an amount similar to a small country’s defense budget, on entertaining women. Well worry no more my brothers, your comrades in Uganda decided enough is enough. Something needed to be done urgently.

“Hey babe, I urgently need some money for my hair,” she requested via a phone call.

“Oh dear! I wish you had told me earlier,” he replied.

“Let me see what I can do,” he replied back. 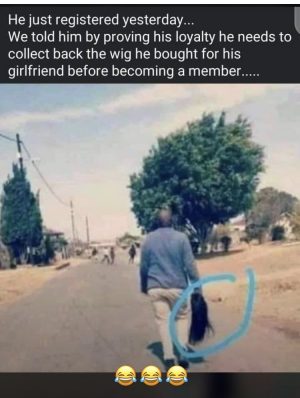 “Let me first consult from the members of the Association,” he shot back shortly before ending the call amidst jeers from her. When she called a few seconds later, the gentleman’s number was no longer going through as he had apparently switched off his phone.

How did we get here in the first place? Well, towards the last quarter of 2020, a group of men started a ‘revolution’. It was meant to bring about an end to them being financially exploited by women, aka, ‘the other gender’. To achieve their ultimate goal, they united under an umbrella organization, giving birth to the Stingy Men Association (SMA).

In Uganda, the stingy men association of Uganda (SMAU) was at its peak when several celebrities, including BET award winning singer Eddy Kenzo, joined the bandwagon. Boasting of over 11000 followers on Facebook and 20000 on Twitter, they received ululations when they publicly displayed their SMAU identity cards on social media.

To become a member, one had to undergo a thorough scrutiny of their lifestyle and wallet size. They had to be critically monitored on how they spend their money in order to help guide them from being exploited by the ‘other gender’. Most importantly, they had to first of all swear an oath of allegiance to the organization as per the dictates of their constitution. After that they would be issued with the Association ID.

They also had to strictly respect and practice the Association’s motto, ‘My Money, My Rules’. Shocking but true. 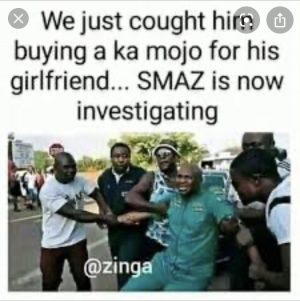 The members of this association are actually hardworking men who have worked for every penny in their pockets. Thus, they decided to ‘jealously’ protect their ka-money (small money). They are not necessarily broke. In fact, they distanced themselves from the Broke Men Association Uganda (BMAU) and continued to urge people not to confuse them with being broke. Their only mission was to fix the nation by only spending on what was necessary especially when spending on the ‘other gender’.

In their meetings, new recruits are trained on how to turn down financial assistance requ be stingier, save more and always use the phrase, ‘I’ll see what I can do’, more often!

The members are not to respond to random texts such as ‘Hi’, ‘I love you’, ‘I miss you’, ‘can I ask for a favor’, to mention but a few. These texts are considered traps from the ‘other gender’. Members are also not to waste money on ‘useless things’ such as birthday parties, baby showers and vacations out of pressure from the other gender. 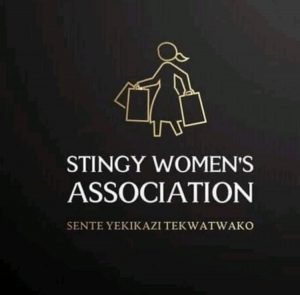 Well, the so called ‘other gender’ didn’t take this lying down. They defined the stingy men as broke fellows who had nothing to offer anyway. They retaliated by forming their own Stingy Women Association of Uganda (SWAU) with the motto, ‘Sente y’ekikazi tekwatwako’ (A woman’s money shouldn’t be touched).

Under the SWAU, no woman was allowed to spend money recklessly on a man, especially through gifts and surprises. A man would have to provide something before asking for any financial assistance from a woman. He had to first spend on her; like buying expensive gifts, cloths, jewelry and expensive vacations, or even buying her a new home or car!

SWAU wasn’t as popular as SMAU in the beginning. It soon picked momentum when women from different backgrounds subscribed to its ideology. It was payback time and the stingy men had to feel the wrath!

It wasn’t long before the two rival camps started going at each other online. The audience members enjoyed free drama as different memes attacking each other flooded social media. Towards Valentine’s Day, the women asked the stingy men to look for their fellow stingy women as dates. The stingy women were also not willing to take out the stingy men. Talk of discriminating against your own! 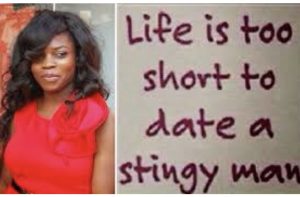 This was the much-needed stress reliever during the Covid-19 pandemic! So, would you like to have a trip to the Headquarters of the Association and have a one-on-one moment with its founding member? Worry not, for your dreams will never come true. These were just imaginary associations, they didn’t exist physically!

But, are you sure you’re not ‘stingy’ in real life? Please be honest!