Masaka District is often referred to as ‘a nation within Uganda’ due to its unique annual grasshopper harvest season. For them, the insects are a nutritious delicacy that can either be boiled or fried, depending on the consumer’s taste. However, there has been a shortage lately due to a myriad of issues, including the entry of unscrupulous trappers.

The grasshopper season usually starts in November and lasts until December but this year things are different. The trappers, grasshopper traders, and vendors are counting huge losses due to the scarcity of the precious insects, which has left them counting huge losses. Many blame climate change and power failures, though others have managed to catch a few.

Hajjati, a trader, says they usually earn over two million shillings annually from frying and boiling ‘nsenene’ (grasshoppers), but not this year due to fewer catches and the fraud masters who have joined the business yet they are not skilled. Because of their lack of knowledge of the business, they have been applying untested chemicals to grasshoppers which have directly affected the final consumer.

To prevent contamination of edible insects, Masaka Municipal Council issued guidelines regulating the handling of grasshoppers by banning the use of formalin to preserve grasshoppers. In addition, they also banned children under the age of fourteen from selling edible insects.

A Masaka Municipal Health Department circular required all vendors to register with the local authority. Moreover, they were required to undergo a medical examination by the Principal Medical Officer to ascertain their health status. ‘Regulations took effect immediately to prosecute those who did not follow the guidelines,’ John Bahengaana, the town clerk, states. 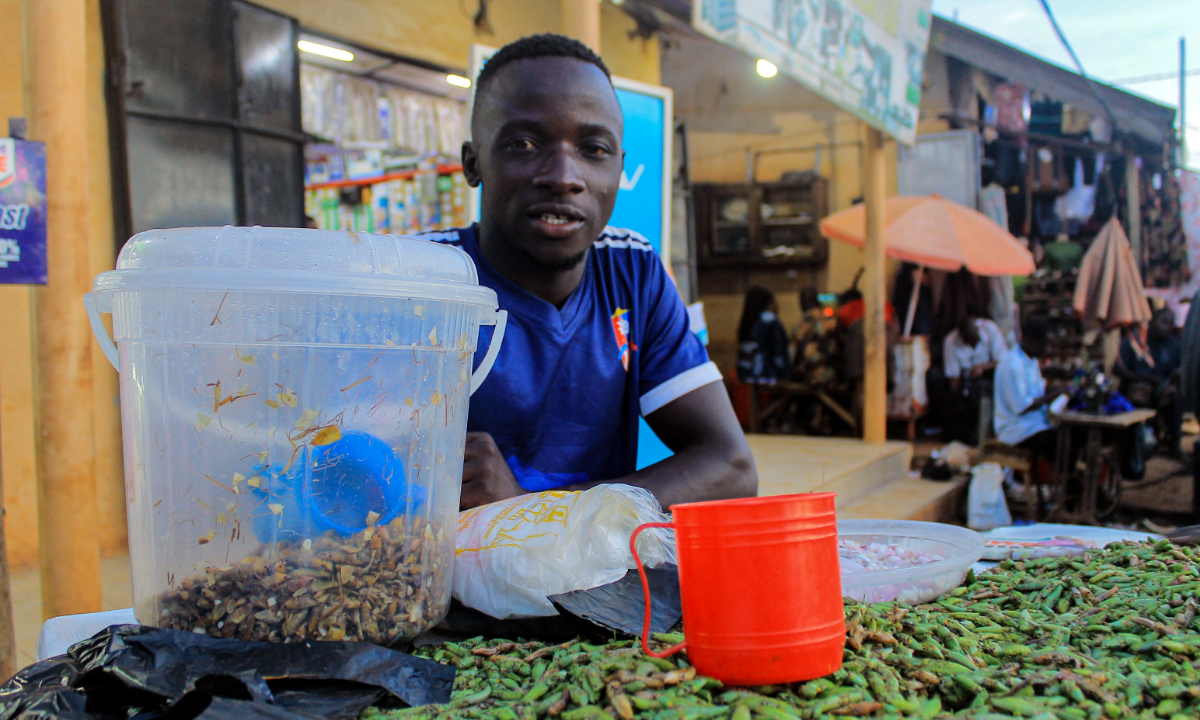 On top of registration, the circular also requires grasshopper dealers to pay for permits allowing them to operate in the municipality. They are also required to maintain high levels of personal hygiene.

‘In this trade, location is very critical, as well as keeping an eye on the moon. Grasshoppers tend to come out at the full moon, which is why it’s imperative to pay attention to the moon cycle and prepare. They appear in large numbers when it rains,’ Hajjati’s son, a trapper, tells us. He adds that barrels are smeared with cooking oil and lined up in rows. Similarly, silver iron sheets are oiled with cooking oil, and wooden scaffolding holds them to gallon drums (most are metallic). The trappers finally set up very bright blinding lights and set fire to fresh grass in the area, with the resultant smoke dizzying the grasshoppers. 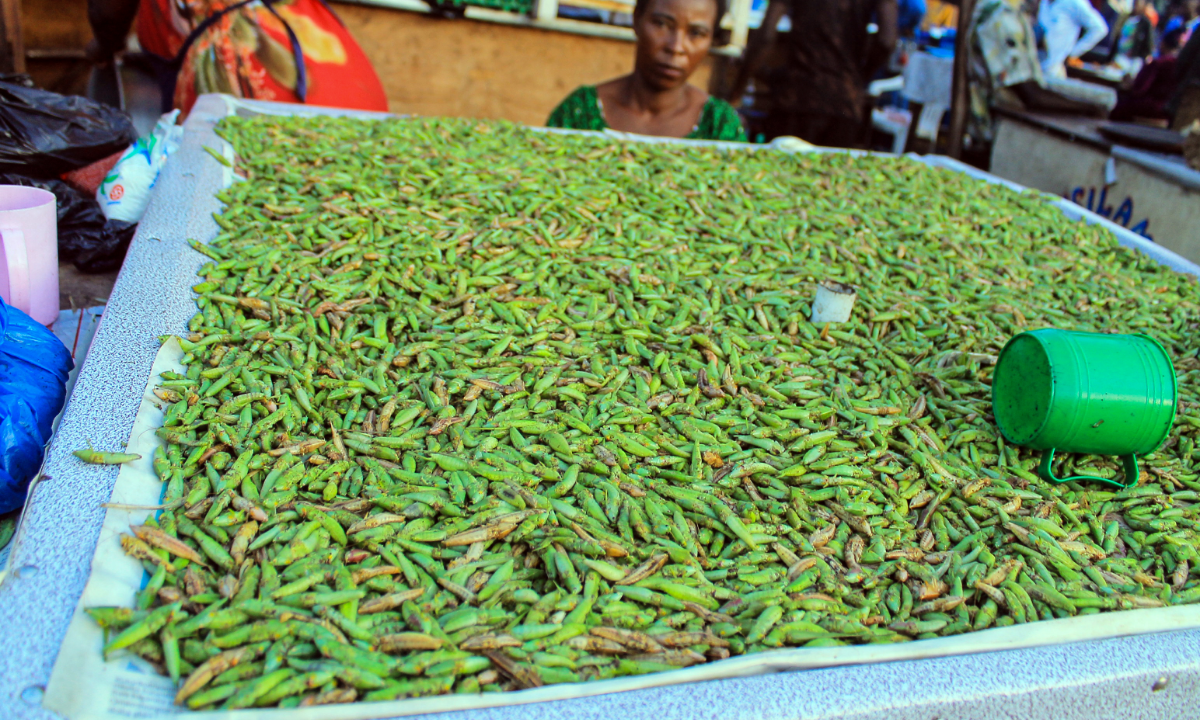 As it grows darker, nocturnal insects start to swarm around the blinding lights. Most of them are green, however, there are some with a light red and green colour, and a few are golden brown. The grasshoppers smash against the iron sheets, falling straight into the drums. Their drops produce a sound similar to heavy raindrops falling on an iron sheet roof. And as the numbers increase, it becomes a steady cloudburst. 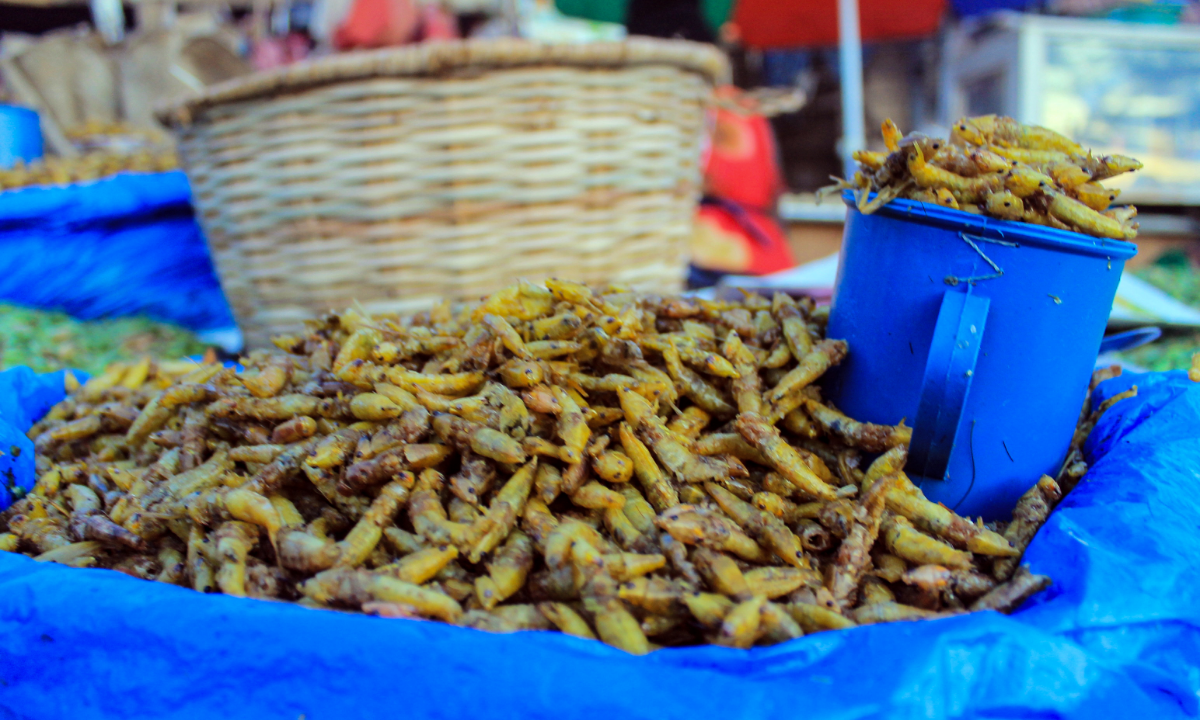 ‘We are blessed with the grasshopper season. These insects have paid our bills and our education. Most of these vendors earn a living that has improved their livelihoods through trapping and selling grasshoppers. No wonder the other districts agree that Masaka is a nation within Uganda because it does not only depend on farming, but holds the record of having the most precious season that melts the nation’s heart,’ Hajjati’s son, and one of Masaka’s most experienced grasshopper vendors and trappers, concludes.