Picture this if you can. You live in a modest 10 by 10 structure constructed from corrugated iron sheets. In this house, you stay with either your girlfriend or wife, plus a couple of kids some of them teenagers. Now, what would you do if you wanted to make love to your partner in such a scenario? Keep in mind most, if not all, of these houses actually face each other. What would you consider?

In the corridors of informal settlement, lie the secrets of love. If the walls could speak, they would confess of the struggles that genuine lovers go through whenever they want to get intimate in the confines of their homes. To some it may sound like it is not such a big deal, but for the dwellers of these places, it is quite the challenge. It is actually a conversation that many avoid. 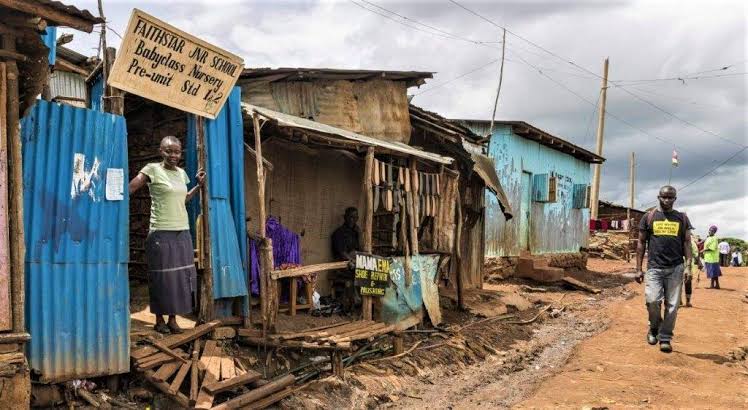 For most people, regardless of sexual orientation, sex is intimate and a connection between two people. I wanted to know more about sex in slums so I set out on a journey to look for men and women who were bold enough to talk about it and share their real life experiences. It takes me almost 2 hours to get to my destination at Kahawa Soweto, on the outskirts of town. Due to my unfamiliarity with the area, I have to wait a further 20 minutes for my guide, Susan, to come fetch me. After the usual small talk, we quickly head out to the field for our interviews.

It doesn’t take long before we arrive at Mr. Mwangi’s place, our first interviewee. We find the father of four seated outside at an open space. Before we’re even done with our introductions, he is joined by two other men, most probably friends of his. I have to make sure that he is still comfortable with proceeding with our interview, to which he approves and even jokes that the two gents might be even more informed than him when it comes to matters of sex. That comment leaves us laughing, which helps to put all of us at ease.

What Sacrifice Does It Take To Have Sex with Your Spouse in the Slums?

“Our houses are terrible. You cannot enjoy sex the way you would want to with your spouse. Can you imagine how shameful it would be if my primary school going daughter were to see me having sex with her mother at our age? She might even go ahead and practice what she has seen!” 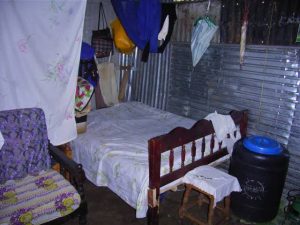 “If I want to have sex with my wife, I will have to wait for the kids to fall asleep. Most likely that will be at midnight, but at least then I will be sure that we are safe. Living in houses like ours, sometimes I get embarrassed when we make noises while in the act, and we can’t even put on the radio to drown out the noises because it’s dead in the night,” Mr. Mwangi said with a concerned expression on his face.

He expressed his dissatisfaction with the government and its response to the poor housing situation in the country and its mistreatment of slum dwellers. “Due to my small income, I can’t afford a better house than this. The little I get I have to pay for the rent, buy food and pay school fees, among other pending bills. And of course, my wife and I must have sex, that’s normal, so what else can I do?”

His worst fear is seeing either one of his children or the others around there, in the same state that he is in currently. That’s why he is working extra hard to ensure that his kids get to have a better life. He believes sex should be very private and done in secret. Only you and your partner should be inside the room. Is he thinking of having another baby? “No! Never,” he quickly responds, leaving us in another fit of laughter.

Patrick, a young middle aged man who was among the two men who joined us, narrated his very embarrassing and awful ordeal that made his girlfriend run away and never come back.

“I remember this one time when I brought over my then girlfriend to my place during the day. She used to live far and because I was living with my brother at the time, she couldn’t stay overnight and had to go back. I was very excited that day for obvious reasons. I knew that I was going to get lucky before she left. Regrettably in my excitement, I forgot to close the window. Up to date I still don’t know how the kids from the neighborhood figured out what was going on inside, but they did. It wasn’t long before they started peeping inside and even calling their friends to come and see.” 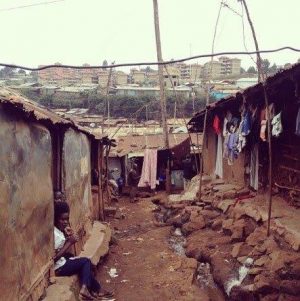 “What pisses me off the most is the fact that there were women seated outside, laughing at the whole spectacle instead of chasing the kids away. Soon after, the entire compound was filled with giggling kids and women howling in laughter. I have never been more embarrassed in my life like I was on that day. We were even scared of coming out of the house. Can you imagine a kid seeing you and your girlfriend naked and in the act? I couldn’t stand the embarrassment and it’s why I had to relocate to this place. Since then I have never thought of doing it during the day. What hurts even more about that whole incident is the fact that we broke up with her soon after. Though I’m married, I still fear women. The least they could have done was knock on our door to alert us, but they chose to enjoy ‘the show’ at our expense,” he said. He wound up by saying sex is sweeter than honey, but on that particular day, it was bitter like bile.

Grace Kamau, a sexual reproductive health rights champion and mentor at Kahawa Soweto explained it further for us. “Sex here is like a game of hide and seek and it’s upon you to choose where to hide. Random sex is very rampant with infidelity being the order of the day. People simply don’t care. As sad as it might sound, there is no healthy sex in these slums, where for instance you can enjoy safe sex using contraceptives and in private. Kids at a very tender age are already engaging in sexual activities, which results in children giving birth to children. The result is an increase in cases of sexually transmitted diseases like HIV and AIDS. The outcome, a rise in poverty levels.”

She continues: “In the informal settlements when two lovers want to get intimate during the day, normally they will chase away any kids in the area. They might not necessarily be husband and wife, just a boy who has invited a girl over. Others simply don’t care whether there are kids around or not, they just proceed to do it. In turn, the kids will start copying what they see. This has led to a sharp growth in early pregnancies, which unfortunately leads to unsafe abortions. As a result most of these kids are dying at a really young age. It has been even worse during this pandemic because we have seen a rise in Gender Based Violence cases consisting mostly of marital rape and cases of couples killing each other.”

She told us that children from slums get exposed to matters of sex and sexual activities earlier than their counterparts from well off places. Some of them even openly discuss what they saw either their parents or elder siblings doing. “In some corners, you will come across used condoms carelessly discarded, a clear indication that two lovers most likely underage, were enjoying themselves. A worse scenario than that, somebody probably got raped in that corner. In these slums, sex isn’t dignified.”

“Though there are a number of challenges when it comes to love making, there are still some people who are much disciplined. They respect not only themselves but also the people around them, regardless of age, when they want to get intimate. These are the couples who would never do it if the kids haven’t gone to sleep yet, nor chase them away because they want to fulfill their sexual desires,” she said.

She called upon the church to support sexual reproductive health rights education to be taught in schools, and to stop hiding behind the pulpit yet it’s clearly evident that children are engaging in sex. “It’s high time we call a spade a spade,” she concluded.

Is There An Ideal Time To Have Sex In The Informal Settlement?

According to researchers the best time to have sex is either at 3pm or 7.30am. They further concluded that morning sex lowers blood pressure and reduces stress levels. One might wonder though, which demographic sample did they use to come to such a conclusion? Has any type of such survey been done in the slums? And if so, what is the specific time for slum dwellers to engage in said activity? In the informal settlement setup, having sex at either 3pm or 7:30am is very problematic, more so for those couples that have kids. 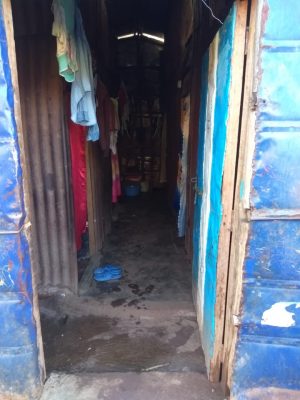 For slum dwellers, there is no specific time for having sex due to a lack of privacy and as such, it’s been turned into a game of hide and seek. There are a lot of techniques that couples in such situations use, which may include using either pillows or playing really loud music. It is often said that sex starts at the dining table, figuratively of course. This is not practical in such places where a whole family has to share a single room. In such a situation, even the actual act of making love between spouses becomes difficult.

Unfortunately, it’s the women who are most disadvantaged when it comes to such setups. Caro*(not her real name) is a mother of two. She tells me that her husband has no specific time for it, and even during the day, he might show up from work and demand for it. She admits that sometimes she feels like she has been reduced to nothing but a sexual object. It’s even worse when the kids are around. “I feel irritated and even embarrassed but there is nothing I can do. My husband is like a second god to my parents. I feel trapped and enslaved.”

This is just the tip of the iceberg on the sad reality of sex in the informal settlements. For some they have become so accustomed to the situation that they see nothing unusual or strange about it. How sad.

So, if you were to have sex under such circumstances, which technique would you use? Pillows, loud music, chasing away the kids or doing it in the middle of the night when people are fast asleep?!