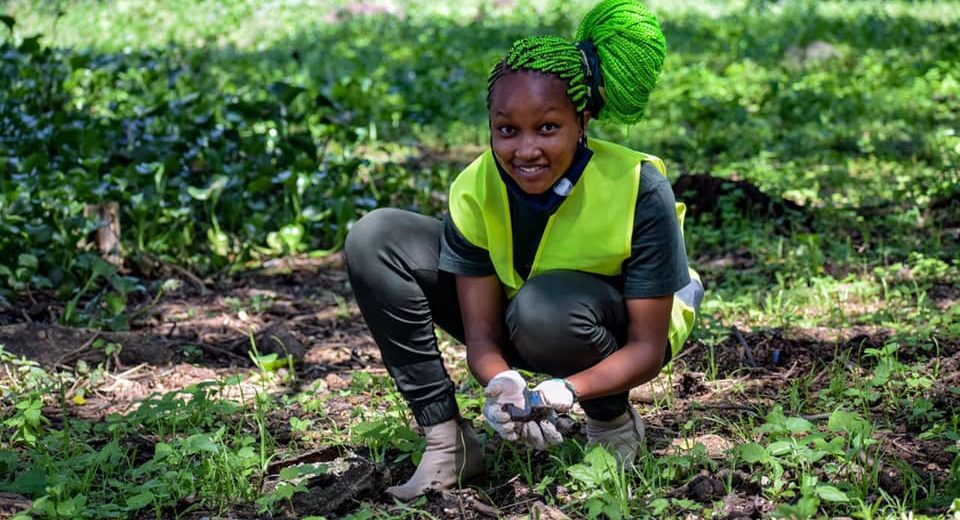 At only 15, Rahmina Paulette is proving to be quite the rare gem. Her initiatives that are geared towards environmental conservation have earned her accolades internationally. Vice Versa Global caught up with the next Wangari Maathai as she lets us in on what inspired her to start her organization, the challenges she’s faced so far and what the future holds. 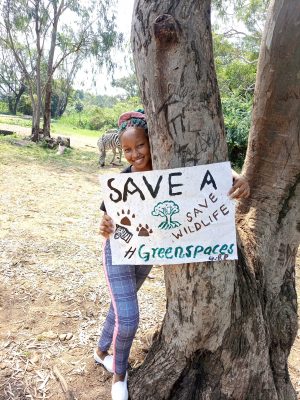 It has often been said that age is nothing but a number. Perhaps no one personifies this saying quite like the young, resilient and ambitious Rahmina Paulette. At only 15 years, she has already been recognized globally and awarded numerous times due to her efforts in conserving the environment. And by her own words, she is just getting started. She believes that the battle to achieving a clean and sustainable environment is not yet won. Activities that lead to environmental degradation are still a menace not only in her home town of Kisumu, but in other parts of the world as well.

Her efforts in the environmental activism landscape haven’t gone unnoticed. You may even call her the next Wangari Maathai due to her solemn and unwavering passion of conserving the environment and planting trees. At such a tender age she wears many hats. Not only is she an environmental champion, but she is also a wildlife conservationist, commercial model and the chief executive officer of an organisation that recycles hyacinth from Lake Victoria into eco-friendly products. But how did she start?

The Boat Ride That Defined Her Course

“I have always been passionate about environmental welfare from a very young age,” she says. At 6 years of age, her mother had taken note of her daughter’s passion and had her enrolled in an environmental club because of her unconscious habit of picking plastic waste. She enjoys boat riding and vividly recounts a time when she and her mother wanted to take a ride across Lake Victoria. It became apparent to them that they couldn’t because the lake had been ‘carpeted’ by the green weed (water hyacinth) that has clogged up the waterway.

“I remember the fishermen warning us against taking the boat ride because the probability of getting stuck was high,” she recalled.

For the past two decades Lake Victoria, which is the largest fresh water lake and is shared by three countries; Uganda, Kenya and Tanzania, has been invaded by hyacinth. Statistics from a research carried out in 2019 show that it covers around 17,000 hectares of the lake on the Kenyan side only. This has threatened the economic wellbeing of the residents of Kisumu and its environs who rely on fishing as their main economic activity. This is because the weed impedes boat navigation and poses the risk of stifling aquatic life through water deoxygenation. 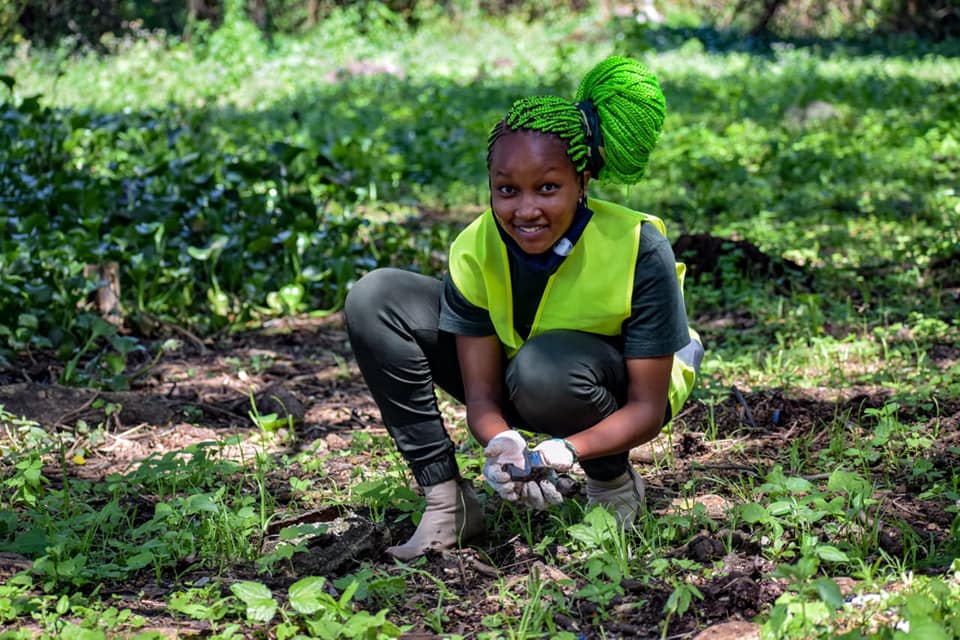 “I was very much concerned with this occurrence and my interest was piqued. I was curious and determined to find out what could be done to save Lake Victoria from choking?” she remarked. “I spent days on end researching on the water hyacinth problem plaguing the lake and probable solutions and discovered that hyacinth could be recycled. I received a lot of support from my mother and a mentor who nurtured me until I was able to make the products,” she points out. This birthed Rahmina Paulette Eco-products, of which she is the chief executive officer. At Rahmina Paulette Eco-Products, she has been making eco-friendly products like bags, cards, bookmarks, table coasters, bands and chairs.

“The most exciting project that is in the pipeline is the making of dining tables,” she revealed. With that disclosure, her face lit up, bringing out the bubbly personality of the 15-year-old.

Rahmina Paulette Eco-Products has not only played the role of sensitizing the masses on the importance of conservation. It has also been able to create jobs for the women who make the hairbands and the youth and fishermen who harvest the hyacinth for her organisation.

“However, the course has not been easy for this is not the only environmental challenge plaguing Kisumu,” she says. In a bid to improve the city through development projects, they have seen the loss of biodiversity, deforestation, charcoal burning and grabbing of riparian land. Just recently, Lake Victoria claimed back its stolen land when its water levels rose, which resulted in a lot of flooding and displacement of people from their homes. 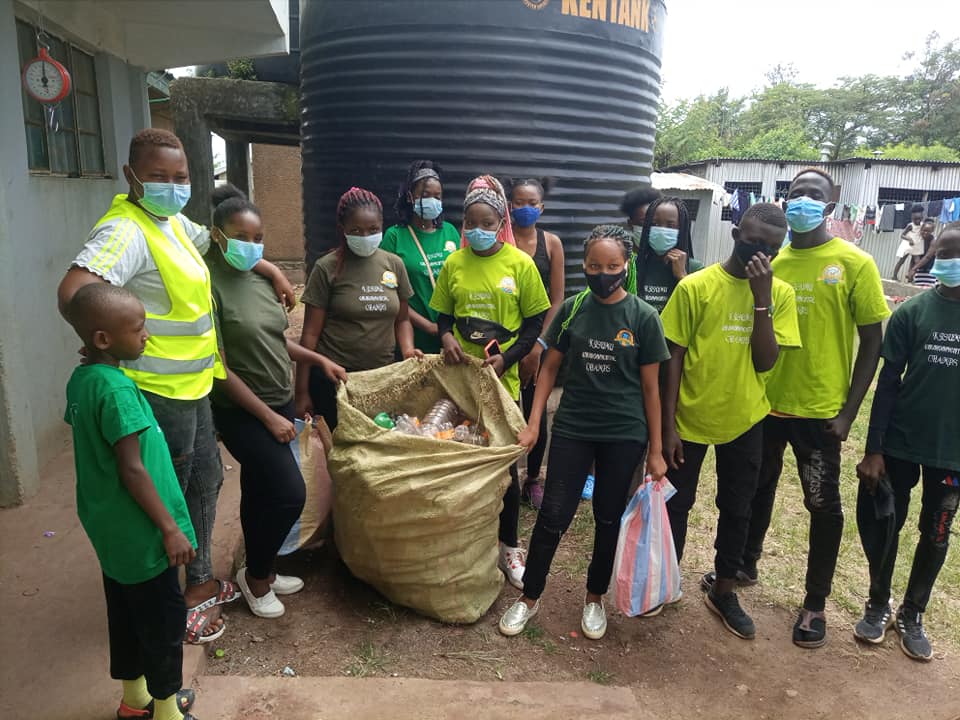 “Trying to change perceptions is also a major challenge. There’s a time we conducted a clean-up exercise in one of the informal settlements of Kisumu. While there, the residents assumed that we were being paid by the government to do so, yet that wasn’t the case. Some poured water on us while others said they would continue polluting just the same, clean-up exercise or not. Those are just some of the things that really discourage us but we remain resilient because we are doing this for the environment and for the future.”

Her take is that change can only be sustainable if people are conscious of the adverse effects of pollution and environmental degradation. Lack of public awareness on the issue is a major contributor to deterioration of the environment. She believes that to be able to achieve sustainable change and for the difference to be visible, the masses must be educated on the negative effects of pollution. This is the difference she is trying to make with Kisumu Environmental Champs. When the schools were closed due to the Covid-19 pandemic, a lot of young people started engaging in risky behaviour. To curb this she came up with the idea of establishing the foundation in an effort to engage them in constructive activities.

The group focuses on environmental conservation, wildlife conservation and climate change awareness. They are actively involved in regular clean-ups and tree planting around the county. This has enabled her to engage more young people and introduce them to a culture of environmental preservation which has seen her receive global recognition. She just recently received the award for Top African Conservation Leaders, which was an award for 100 outstanding people trying to make an impact on environmental sustainability, creating awareness and making a change in the society.

Change Starts With Us

The youth are now sharing a voice because collectively they are creating awareness and propelling change by engaging in these activities. This is happening not only in Kisumu, but in the rest of the world as well. “We should join hands with environmentalists in Kenya and everywhere else in the world to make a difference because if we don’t educate the young people, we will not be able to make this world a better place,” she said. 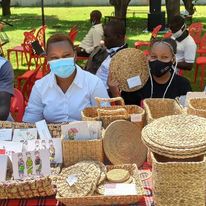 “Change starts with us for us and by us. I would love for Africa to be clean and plastic free so as to reduce pollution. I would love to breathe in clean air which is not filled with carbon emissions. I would love to see sustainable environmental change on our continent. We need to make a change right now for we are the future,” she concluded.

Vice Versa Global is a platform spearheaded by young African  journalists who are keen on telling the African story from the youth’s point of view by creating socially conscious content through vlogs, columns, video, articles and discussions in order to share ideas and spark dialogue about social change. Follow us on Twitter and Facebook.