At just 21 years of age, Janet Kilonzo is a budding actress in one of the greatest cities in the world. Despite the numerous stereotypes she has encountered so far, she has made it her mission to break the mould of what Hollywood perceives ‘African’ to be. Following in the footsteps of her fellow country folk Lupita Nyong’o, she also hopes to make it in Hollywood and star in her own hit show or blockbuster film one day.

When Janet Kilonzo informs me that she is just 21 years old, I cannot conceal the expression of astonishment on my face. However, she gently brushes it off with a smile, stating that it is a response she has grown accustomed to whenever she introduces herself. Janet was born and raised in Kenya, but moved to New York City three years ago to pursue both education and a career in acting. She describes herself over our Zoom chat as always wanting to be on stage from a very young age, notably for her love of dance. “When I was a child back in Kenya, my friends and I used to put on choreographic plays of popular songs and perform them during assembly,” she recalls. This was even before she realized acting was the professional path she intended to take.

Her first acting role came when she was offered the role of Mary in a nativity scene during a Christmas concert. It was the connection with the audience’s reaction and the sense of vitality onstage that drew her to acting. Even so, this part was insufficiently engaging to inspire her to pursue an acting career. When another opportunity presented itself, she seized it with both hands. “I had the opportunity to play “James and the Giant Peach” in high school, but it came about when the main lead became ill. Due to the fact that I knew the lines, our theatre instructor assigned the role to me. This is when my mind was made up beyond a shadow of a doubt that acting was what I desired to do,” she tells me.

Janet is now a graduate of the America Academy of Dramatic Arts and is embarking on a promising career in theatre, television, and film. However, like with every other professional path, huddles are inevitable. What is it like for Janet as a budding actress away from her native nation?

As an international actress what are your key areas of focus or interest? What kind of actress are you?

“I am keenly interested in the theatre and TV/film area of the entertainment industry. My strong suits have always been bold, dramatic, thought provoking characters. I am the kind of actress who takes on characters who have a fiery/vulnerable aura to them because they’re the ones I feel most connected to.”

What roles have you recently done and how do you select the roles you act in?

“Most recently I was ‘Fatima’ in the play ‘Appointment with God’ by Asiimwe Deborah Kawe. It’s a play about a group of nervous visa applicants in an unnamed country who are seated in a waiting room, trading stories and tips on how to best present themselves before US consuls – the Gods.”

“Whenever I receive a script, first thing I do is read it as I would a book, and not as an actor. If I feel connected to it and I can see myself adding my own flavour and personality to it, then I know it’s something I want to do. Other times, it could be that I have worked with the director/producer before. As such, I trust myself to work with them without reading it as much as I would if I wasn’t familiar with who was behind the scenes.”

As an aspiring African actress working and living in New York what are the challenges you’ve found in the acting sphere?

“Despite the privilege of living and working in New York, one challenge I face for example, are stereotypes and having to break the mould of what they think ‘African’ is. You will be asked for odd demands such as ‘make it more African.’ With such stipulations, you need to stand your ground, not in a rude way, but in a professional manner. This is because when you ask them what that means, you often find that they themselves do not have an answer. That being said, the positive rewards I get back as an actress always supersede the challenges faced.” 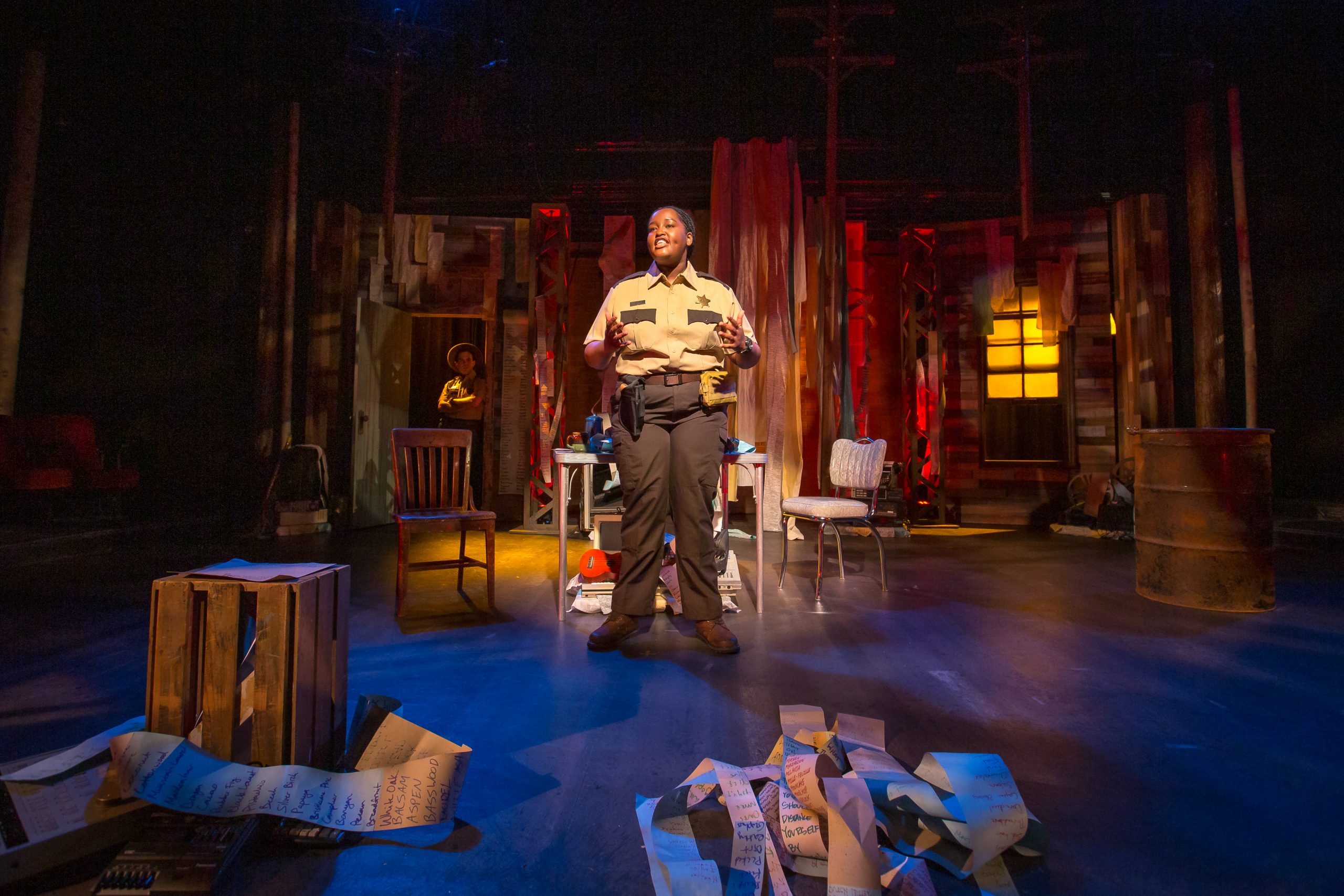 The acting industry is a multi-billion dollar industry with many opportunities. As a woman of colour do you feel you have equal opportunities in this industry?

“I think women of colour have come a long way in an industry that hasn’t been kind to them. I don’t think I have equal opportunities as a woman of colour, let alone being a person of colour. However, in the past couple of decades we have seen women of colour such as Viola Davis, Kerry Washington and Mindy Kaling creating their own paths in this industry and not settling for less than what they feel they deserve. They inspire generations of young women including myself to kick down the door and create our own table and I hope that I too can one day lead a path that inspires other young Africans to do the same.”

Various social media platforms have created overnight actresses. Do you feel easy accessibility into the industry will help or hurt it?

“Social media has most definitely become an advantage in creating how you say ‘overnight actors.’ But I don’t believe for the majority of them it was overnight success. When you look at the actors who blew up on social media and are currently having a steady career you find that they too have years of hard work, and for some, training behind them. There is no one way to enter and become successful in the entertainment industry, social media is simply one of the ways. So, I do not see it as a threat but more so a means to an end.”

“To be an actress, no compulsory training is required though it would be a massive advantage if you had one. If you’re young, you can start by joining your local theatre or taking drama as a subject if your school offers it. There are also masterclasses by different directors/trainers. When you’ve graduated high school, you can then apply and audition to drama universities. The kind of training I went through involved movement work, voice, speech etc. which I believe strongly aided me in becoming the actress I am today. The best part of being an actor is that you have to watch a lot of TV/ film and theatre- through this you get inspiration and you learn about how actors go through the process and this helps a lot.” 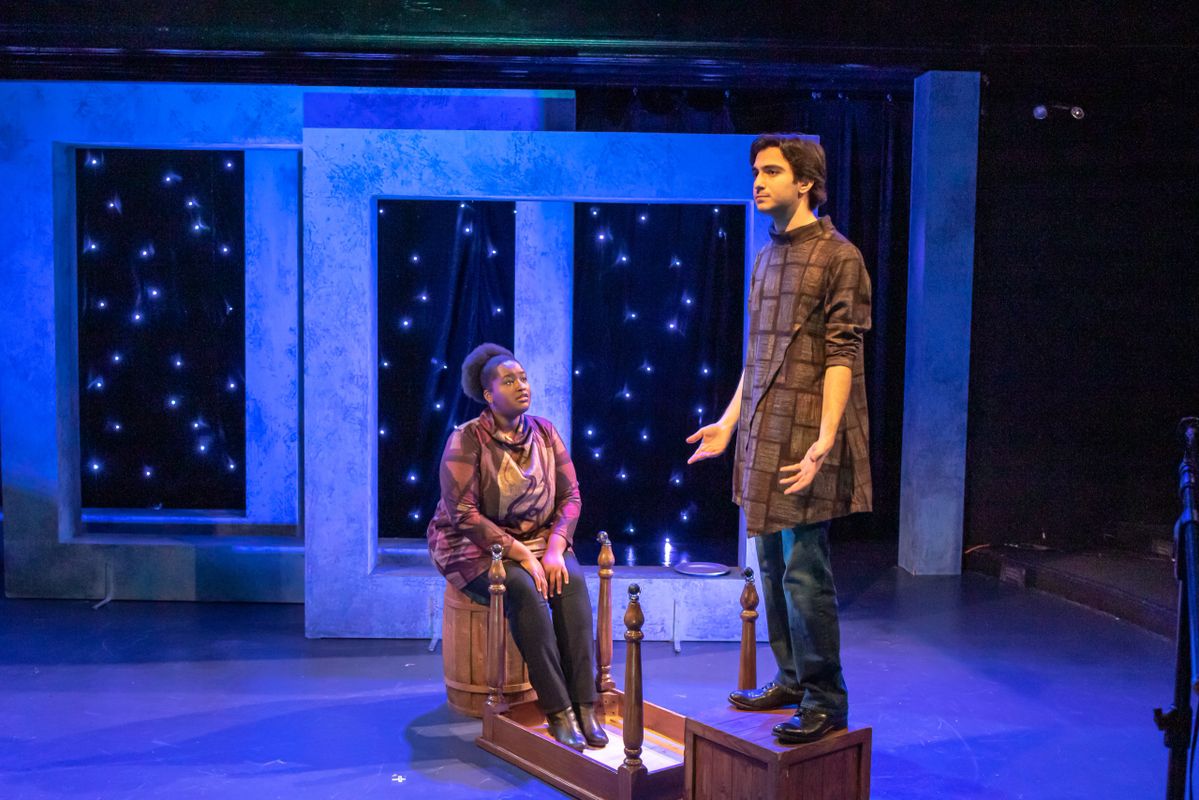 As an African actress, do you feel that there are opportunities on the continent for you?

“I think that African cinema is evolving every day, from Nollywood to the hit TV shows coming out of South Africa. With the growing intrigue for African culture and the African diaspora finding their way back to their roots, there’s also more want for African entertainment. That creates opportunity in TV/film, music, media etc.”

Which female actress best embodies the actress you would like to become?

“Viola Davis. She has been a long term inspiration of mine. Her aura and strength on camera has been one I felt like connects with me the most and I am in constant awe of how she shifts and naturally portrays characters. I admire her discipline and ethics.”

Janet, 10 years from now what would you have liked to achieve?

As we wind up, any advice or words of encouragement for young people?

“Never accept a ‘no’ as a whole sentence. That no does not dictate your future or the amount of work you have invested in something. Of course you will get numerous rejections, but you must persevere and put your best foot forward.”