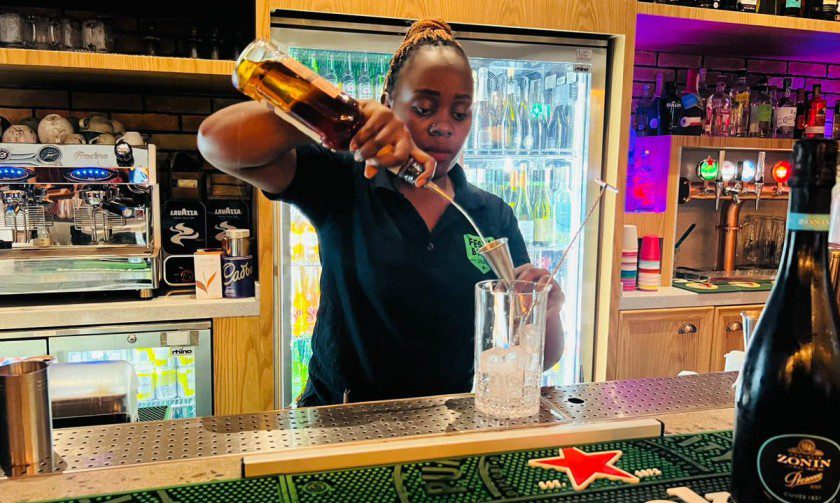 The journey of adapting to life in a foreign country

Globalisation has made it more common for people to leave their home countries. In spite of this, moving to a new country means adapting to a different culture and way of life, which requires patience and perseverance. In the first of a three part series, Rita Atuhaire describes her first few months in Dubai, and how she dealt with the culture shock.

Have you ever been the odd person out in any way? You think differently and are never understood. You’re often underestimated and overlooked. You laugh at jokes because everyone else is doing so and you don’t want to look rude, but you don’t see the funny bit of it? When your skin tone differs from others or when you are the only female among males, and it constantly feels like a disability?

Have you ever felt you are more than enough but society is not convinced you are even enough? You keep trying to show them your value, but they refuse to see your kindness. When anxiety and depression find a home in your heart and mind. What do you do when you find yourself all alone in this diaspora world despite being physically surrounded by so many people? This is what I do; I create the world I want in my mind and shut out all negativity. So, my mind is always a battlefield between what is happening and what should be happening. You should visit this pristine world I have created with my mind. In my world, a person is seen for who they are.

Their potential is not described by their skin colour, gender or religion. A suggestion to men does not imply that I am trying to deprive them of their manliness. I am simply an open-minded lady that likes to put whatever I can on the table to see things done. I am always creating a world where a smartly dressed lady walking on the streets at night doesn’t mean she is a prostitute in search of a client. She may just be a decent, classy woman going on a date or to a party. I have been the victim of such misjudgement before.

While I was just getting used to Dubai, I used to walk to school where I was having my coffee lessons. However, about every ten steps I took, a man speaking broken English would stop me and say, “Nice woman Africa… Me give money we go you give… Sex giving woman Africa?” Other men would show me money as they ogled. I used to find that so disrespectful so I asked a friend who had lived here longer about it. He advised me to stop being so smart and never walk with small bags again. “When did having a small handbag and being smart become a signal that I am a hooker?” I asked. He replied that most African sex workers on the streets do the same.

Well, I refuse to compromise my looks. It is part of what makes me. I unknowingly developed an unapproachable attitude because of such misjudgement. This is because my smiley face appeared to be an entry point. But what if I became unapproachable to someone who once genuinely needed my help or a kind soul who would make my life meaningful later on? When a man accidentally enters the lady’s chamber on a train, either through ignorance or simply being lost, the ladies guide him to the right chamber. This helps him avoid paying fines.

In the same way that the man wasn’t looking for ladies in the ladies’ chamber, I also don’t look for men when I step into the unisex chamber without a male companion. The majority there are men and so are the people seated next to me, so am I not allowed to have a friendly conversation with them? I would appreciate it if I didn’t see signals from other men indicating that the man I am chatting with has got himself an African woman to “slaughter.”

I happen to be the only female on a team of 22 men at my workplace so I have become a sort of expert in interpreting the “man code” language. So, gentlemen, you are not signalling behind my back, it is written on your faces for me to read. Soon after I joined my team, we held a coffee training workshop in which I actively participated with my newly acquired knowledge from coffee school. The manager was impressed and asked me to explain more to the rest of my team which I gladly did. I am a teacher by profession so public speaking is a hobby.

As I was sharing, I overheard one member whispering to the two men he was seated next to, “Are you letting a lady think for all of us?” Well, that gave me a starting point of whom to befriend first on the team. I’m glad I befriended him because I realized later that he is a kind person and is more reasonable than he appears, he was just misguided by the society he grew up in. He was made to believe that women are meant to be less intelligent than men in all aspects of life, which is why men are the leaders except for “a few abnormal” cases. He had also, unfortunately, been left behind by his mother at a tender age and grew up knowing she had abandoned him to be raised by his single father.

There is no villain in this story because everyone has a push factor that makes them think the way they do. I believe it is a type of mental disability that needs serious attention when one shows signs like shutting down an opinion because a certain gender or group of people can’t speak sense to them. Until you become a victim, patronizing people may seem silly or funny. One of the biggest challenges I have faced in my diaspora/Dubai experience is being patronized and getting grouped into negativity and things I have never imagined getting involved in. I believe one can just be human without being reminded of their gender or race. The world would be so much better if we gave it a try.