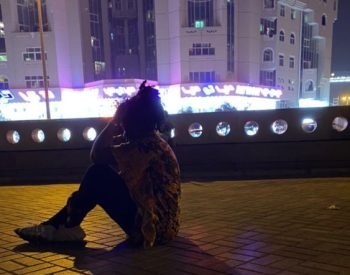 The vulnerability of migrant workers emboldens some employers to take advantage of their situation to subject them to deplorable working environments. From long working hours with very short breaks to little or no pay at all, these workers undergo conditions akin to slavery.

I still find it hard to believe that Sylvia’s innocence actually saved us from being forced into prostitution, her tears coming in the nick of time. Had I pushed the boss’ hand away, maybe something worse would have happened. Astonishingly, he apologized and even gave us money for transport back home. We’ve never forgiven that girl for that incident.

After that ordeal, Sylvia put in more effort into getting a job. She would walk to different restaurants and stores, face the managers, and convince them to employ her since all online applications had failed that far. As is the norm, they all promised to call back but never did. We had our breakthrough at my current place of employment where I was interviewed for a Barista’s post while she went for a waitress position. The manager liked her right away, and added her to the work schedule.

With only two weeks left on her visa and no money to renew it, panic and depression kicked in. She did not want to give up on her dream and move back to Uganda because this would mean that her aunt, who had spelled doom on it, had won. She had to stay and fight harder to make it. She would wake up early every morning at 3 am and pray. After that, she would watch as I prepared for work and then take me to the bus stop.

At times she would iron my work uniform, crying silently, and asking God why she wasn’t lucky yet. Those were the times I wished there was a way I could be of more help, rather than just giving her a little pocket money to buy food with, because I had also not been paid yet.

Our biggest fear was seeing her getting in overstay without having a job. That would mean deportation, or having money for fines, which we did not have at the time. Three days before her visa expired, I started convincing her to call home and confess so they could send her money for the renewal. To my utter surprise, she told me she had already renewed it! This was such a relief though I was taken aback by how secretive she was. I did have a lot of unanswered questions; did she have the money all along? Had she called home? Had she borrowed from someone? She didn’t seem to be in a good mood so I opted not to pester her with my queries.

Having worked for close to two years as a housemaid in Jordan, she deliberately avoided such positions in the course of her job search. She didn’t want to spend another two years indoors in Dubai. Unfortunately, those were the most readily available that didn’t require paying any commission. Three weeks down the line, nothing had materialized yet.

In the fourth, she reluctantly accepted to go for a house maid’s job. It was obvious that there was something else pushing her to opt for a job she had always sworn never to do again. As she was packing her bags to go meet the agent who would take her to her new job, I prodded her about it. She told me that she had renewed her visa by one month, rather than the preferred three, and it only had a few days left on it.

Stunned by this revelation, I didn’t know whether to be angry or feel sorry for her because the difference in cost between the two is a mere 250 Dirhams. She had paid 1,250 Dirhams yet the three-month visa costs 1,500 Dirhams. In our quest to prosper in this new country, we had gone through a lot together, becoming very close. I will never understand why she never came to me for help to top up that amount.

The Boss from Hell

After two days of being offline and unreachable over the phone once she left, she finally sent me a voice note saying she had been taken to Abu Dhabi to an Arabic family house hold. Here, she had been denied access to her phone. She had tapped into their Wi-Fi network to communicate with me and tell me her whereabouts. Her employer had confiscated her passport, threatening not to renew or make an employment visa for her any time soon.

She wanted her to remain in overstay for two years, after which she would pay the fine when her contract ends and she was going back to Uganda. When Sylvia didn’t agree to this and demanded to go back home, her employer got angry saying she had ‘bought’ her expensively from the agent and if she wasn’t willing to work for her, then the agent should return her money or get her another maid.

Sylvia would work day and night with only two hours of sleep every day. The home had a small animal park with all sorts of wild animals, most of which terrified her, yet she had to take care of them. At the time, my hands were tied; I didn’t know her exact location. You also don’t want to have a confrontation with a native yet you’re the migrant in search of a better life in their country. Besides, I had never been to Abu Dhabi before. She called the agent and pleaded with him to rescue her from that place or she might actually die. Luckily, the agent obliged. Apparently, that house had to have a new maid almost every month since no one could endure working there for too long.