A survivor of the 2007-08 Kenya’s post-election violence, Ann witnessed firsthand how lack of access to proper medication led to the death of many during that period. She turned that traumatic experience into her passion; helping out the sick and vulnerable in the society. Vice Versa Global speaks to the community health worker who is also a TB Champion.

It’s a chilly morning as I ready myself for the journey to Emali Model Health Centre in Makueni County, located in Emali town, along the busy Mombasa highway. Due to the ongoing construction of the Nairobi Expressway, traffic has been a nightmare on the busy highway. Since we had agreed with my driver on the meeting point where he would pick me, I opt for a bodaboda ride to escape the traffic snarl up. After the pleasantries, we embark on our 3 hour journey via road towards Makueni County. On our arrival I can’t help but admire the town which appears to be developing at a very high rate, if the booming businesses in the town are anything to go by. I’m here to meet with Ann, the TB champion and community health volunteer.

“My name is Ann, a single mother of three, one boy and two girls. I’m also a community health volunteer and a TB champion. I was born in Molo, Nakuru County, but after the 2007/2008 post-election clashes we were forced to return to Makueni County. I love community work though I have my own business on the side where I sell locally made soap. During the post-election violence I saw many people suffer, with the ones suffering from chronic illnesses dying since there was no one to help them. Even though I was still a young girl by then, I was shaken by the ordeal and I couldn’t help but wonder what if it was me, or my loved one. During this time, my inner voice kept on nudging me to do something about it, but I couldn’t,” she tells me.

My Life after Settling Here

“It wasn’t encouraging at all,” she says. “Life was very difficult. The trauma of seeing people die from the clashes and ailments still haunted my memories. Aside from that we had also lost everything in Molo and my studies had been disrupted. Starting afresh was neither easy nor fun. Remember I had other siblings as well who also needed to go back to school. Another challenge I was facing was the language barrier since I had to start learning the Kamba Language. I was used to speaking English and Swahili only but I was now in the village and I had to adapt. To try and escape the intolerable plight that my life had now become, I got married immediately after finishing college and bore three kids thereafter. Sadly though, my marriage never worked and I ended up becoming a single parent,” she admits. 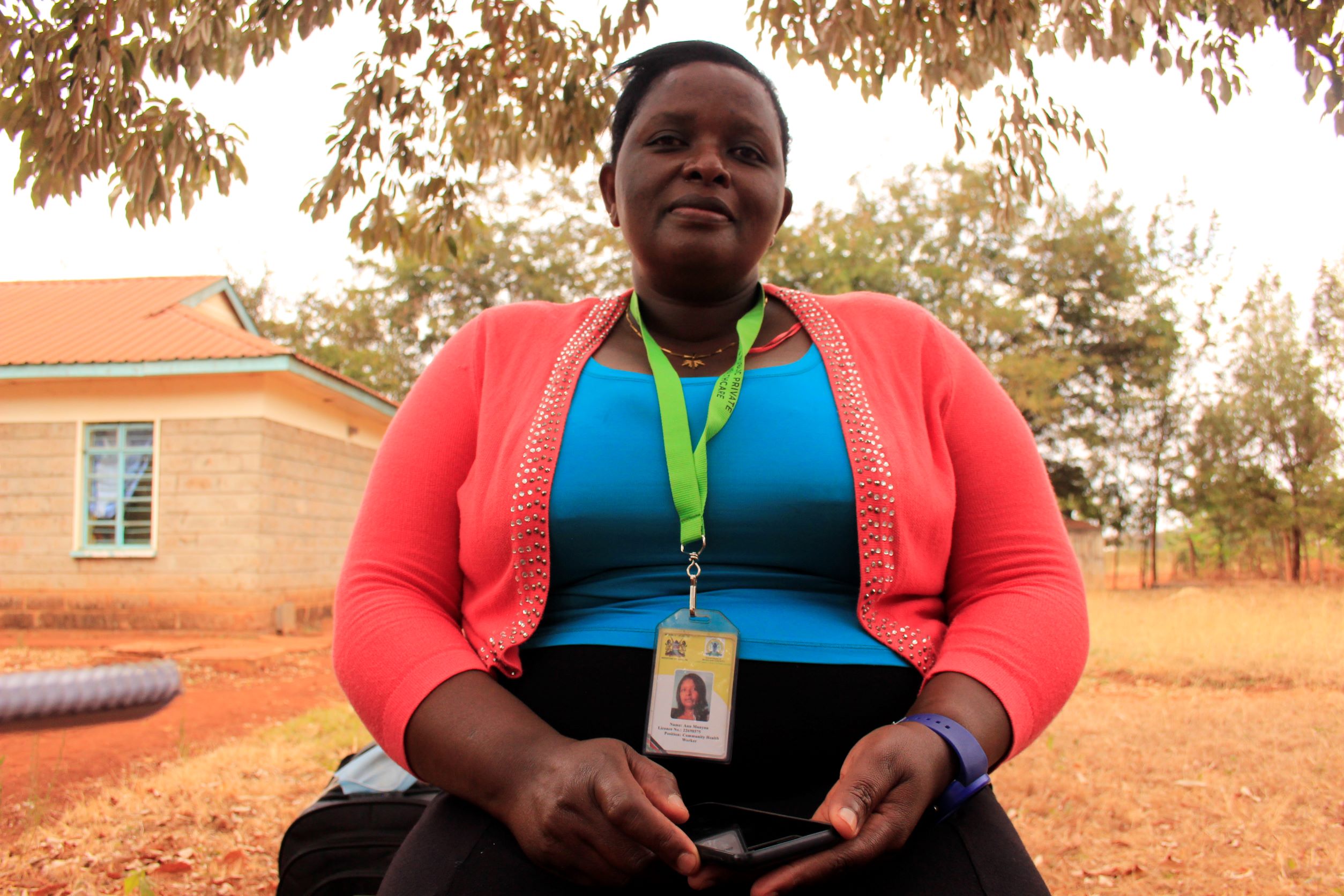 “After the separation with my husband, I became very frustrated. I couldn’t comprehend why all this was happening to me. The clashes which resulted in my family losing everything, my struggles and now becoming a single mum. At one point I even became suicidal. Luckily I found solace in women groups and gradually started interacting with the community. Though my heart was torn into pieces, there were still shreds of hope left. The compulsion of becoming a volunteer was still in me. Later I would start attending the chief’s baraza and this is where my breakthrough came from,” she divulges.

“The chief’s baraza is a meeting held by a chief, the president’s representative at the grassroots level. I loved attending them since such spaces usually made me feel better. One day there was a big announcement that significantly changed the trajectory of my life,” Ann tells me with a big smile.

“Emali Centre was to be upgraded to become a model health centre and when completed they were going to need community health volunteers (people who help health providers in the health facilities at the community level). Their scope of work involves identifying the sick, giving health talk at the village level, referring patients, accompanying the sick person to the hospital if need be, and keeping the records.”

“This was what I had desired for so long. I wanted to help my community, especially those with chronic ailments. I was among the lucky ones who were selected by the community. After selection we were trained on health indicators with the help of CHEW (Community Health Extensional Workers) and nurses. Afterward, we were assigned the duty of going back to our villages and working on those health indicators in our community. Reports were to be submitted on a monthly basis. During this period I was also selected on other health indicators that were supported by non-governmental organizations which included PS Kenya, who were supporting family planning practice. The other organization was supporting tuberculosis awareness and I was selected in these two indicators. We were trained to do tuberculosis contact tracing,” she says.

My Experience with TB Patients

“Initially, there were three of us who were selected to undergo the tuberculosis training. Shockingly, after the training period which included a few visits to TB patients, I was the only one left! Apparently, due to the nature of the disease which is highly infectious and the state of the patients we had visited, the other two feared for their lives!” she tells me.

“Though I didn’t know how to handle it at the time, I never gave up. I didn’t want to see anyone else suffer to the point of dying over something that could be aided. I used to give them words of encouragement and made sure they took their drugs to gain strength to attend hospital visits. For those who for one reason or another were unable to get to the health facility, I would take the medicine to them. It wasn’t as easy as it sounds,” she acknowledges. 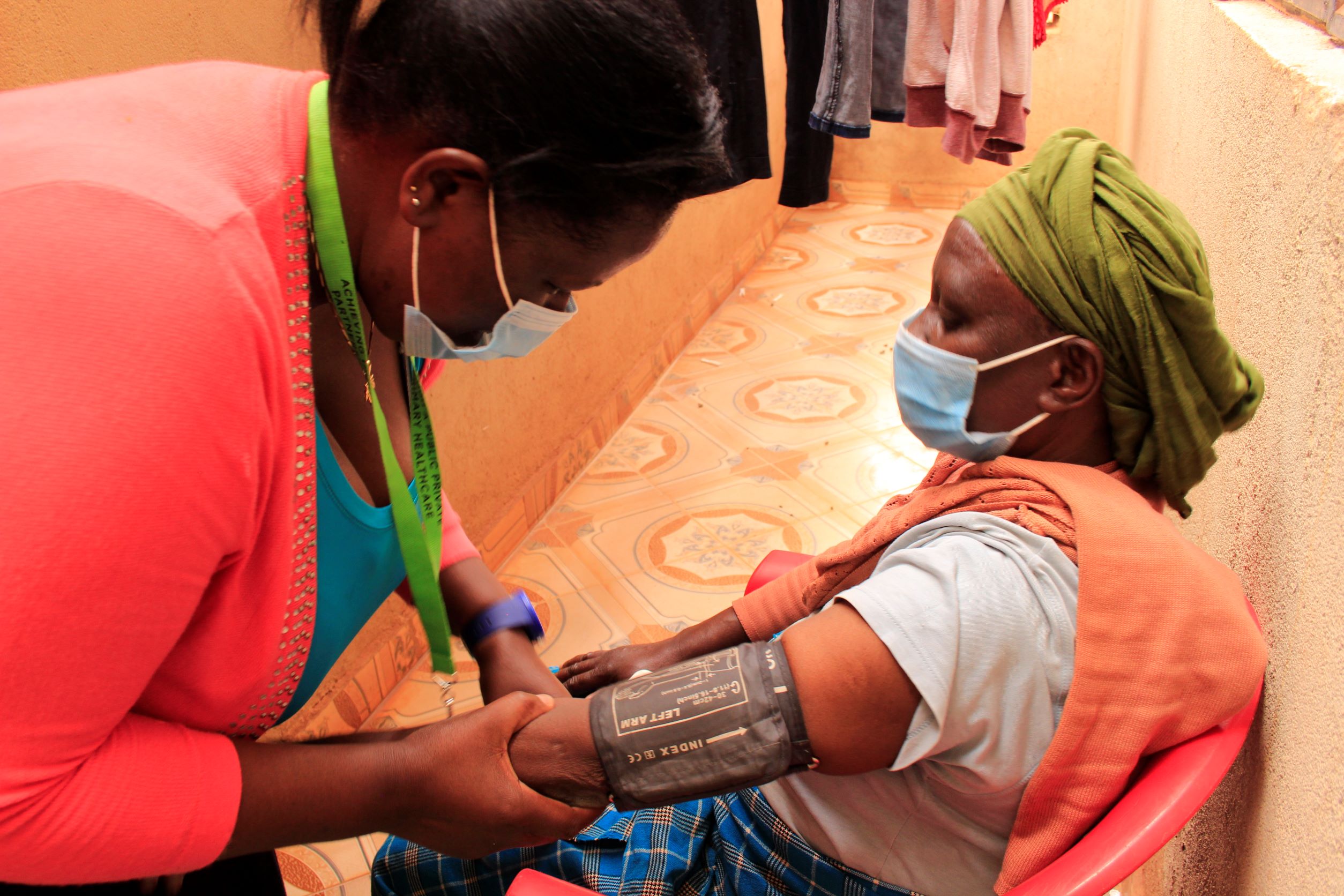 “I was selected to the network of TB champions through STOP TB Organization and the National Tuberculosis Program after they noticed my determination in contact tracing, treatment interruption and drug delivery. There are 150 TB champions in Kenya and I am one of them. These are the ones who are recognized since their work is officially monitored. It’s my hope and prayer that we will have more TB champions in this country.”

Since she has a home visit to a patient, she requests us to join her. I notice she has a big carrier bag and my curiosity is piqued as to what might be inside. She tells me that it’s very precious to her and as she opens it to test her patient, I get to see why. In it she carries all the testing kits needed in the field. I am both amused and impressed by her diligence. The bag also has a small empty plastic bottle which she uses as dustbin.

“As a TB champion, I was able to join hands with other TB champions both in this country and outside. This wouldn’t have been possible if I was not a community health worker. We counsel and give each other morale because of the nature of our work. Many people fear TB Patients, oblivious to the fact that the condition is curable. Some patients are also in denial and I’m glad to be in a position to save their lives and when eventually they get completely healed, they’re always very grateful. Some aren’t even from this community. I became a champion through CHV and now we have a Kenyan network. I’m not yet an official but I am hopeful that I will be one day. I am happy because now, in our community, no lives are being lost to Tuberculosis,” she proudly affirms.

“The relevant government agencies should team up and conduct extensive research, map out all TB patients, and also come up with a medication that can be used for only a few months. The biggest complaint that the patients have is that the current six month dosage period is too long. The government also needs to look for funding from other organizations to make sure patients don’t miss out on the drugs,” Ann informs me as she winds up.