Ronnie Styles, the self-taught filmmaker from Masaka, believes that the ghetto youth have a lot to offer, if only they would be given a chance. Using his camera phone, his aim is to inspire more youth out there to not be defined by their past, but by their potential. He spoke to Vice Versa Global’s Ugandan correspondent Martha Nalukenge on his journey so far.

Ronald Mugaga aka Ronnie Styles is a skater and ‘telephone filmmaker’ by profession. A multitalented youth who finds joy in skating, football, dance and modelling, he has filmed several ghetto dance clips and short movies that are readily available on YouTube. Hailing from Masaka in Uganda, the 22 year old reckons that his talents bloomed when he embraced the skate board, which ultimately exposed him to the modelling industry.

For him, it is more than just a profession or a hobby; it is a passion. It is a passion that he firmly believes in so much that he was willing to risk everything for it. “I dropped out of school to do filmmaking. As you would have guessed it, my family wasn’t very happy about my choice since to them it didn’t make any sense, but I stuck to my guns,” he told me with a straight face.

So, with nothing to his name, he left home and moved to the ghetto in his quest for personal fulfillment. It is important to point out that unlike the Ghetto Kids who come from underprivileged homes, Ronnie actually comes from a well off family!

Dropping out of School

Since he was a school dropout with no job nor money, which would have bought him a good camera and other filmmaking equipment, he opted to make do with the little he had; his mobile phone. “If a mobile phone has a camera, I don’t think about its weakness, all I focus on is what the camera can do and my content,” he confidently stated.

It is the runway that exposed him to the world of videography, something which immediately caught his attention, enticing him to nurture his skills in that field as well. Nevertheless, the mobile phone can only replace the camera as the component, there is still a lot of work that goes into becoming a professional film maker.

Once again, becoming his best self, he went on YouTube and started watching filmmaking video tutorials which he would practice with his mobile phone. And that is how he started using his phone to film.

Therapy for the Youth

His skills gained him popularity among his friends in the area. In Masaka City, most of the attention and camera are trained on the already established actors, leaving a lot of talent that is in the ghetto unrecognized and undiscovered. Spotting this great injustice, he was inspired to start filmmaking and choreography classes. Dance and music is therapeutic to the ghetto youth, relieving their minds from the stresses of their daily lives. Already coping with struggles for a better life, dance is the only thing that makes their lives complete. 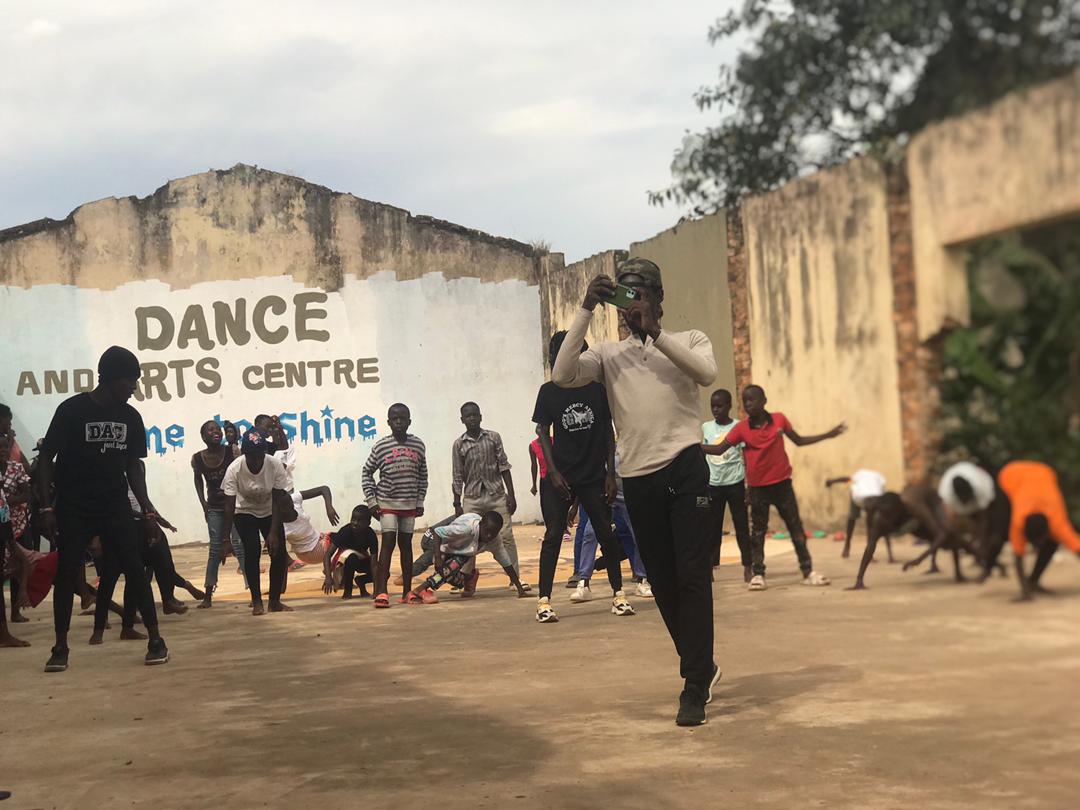 “Our stories will inspire a lot of broken youth to find the strength to grow regardless of our past fails. We will use our dance as a remembrance of the positive stories of the ghetto life, rather than the drugs that are painted on our walls,” he concluded.