Dr. Joan Ruguru became a media sensation when she was featured in the prestigious Forbes 30 under 30 list, which is no mean feat. This came as a result of a blog she started six years ago, Exciting Parenting, where she discusses a range of issues pertaining to parenthood. The brilliant 27-year-old shares her journey so far, and what the future holds.

Growing up, Dr. Joan Ruguru admits that she knew exactly what she wanted in life. “As a child, I developed the desire of wanting to help. I remember when my dad brought home a career book. It had various options and acted as a guide for future career choices. After going through it, I became dazzled by the thought of becoming a doctor, and I grew up wanting to become one. 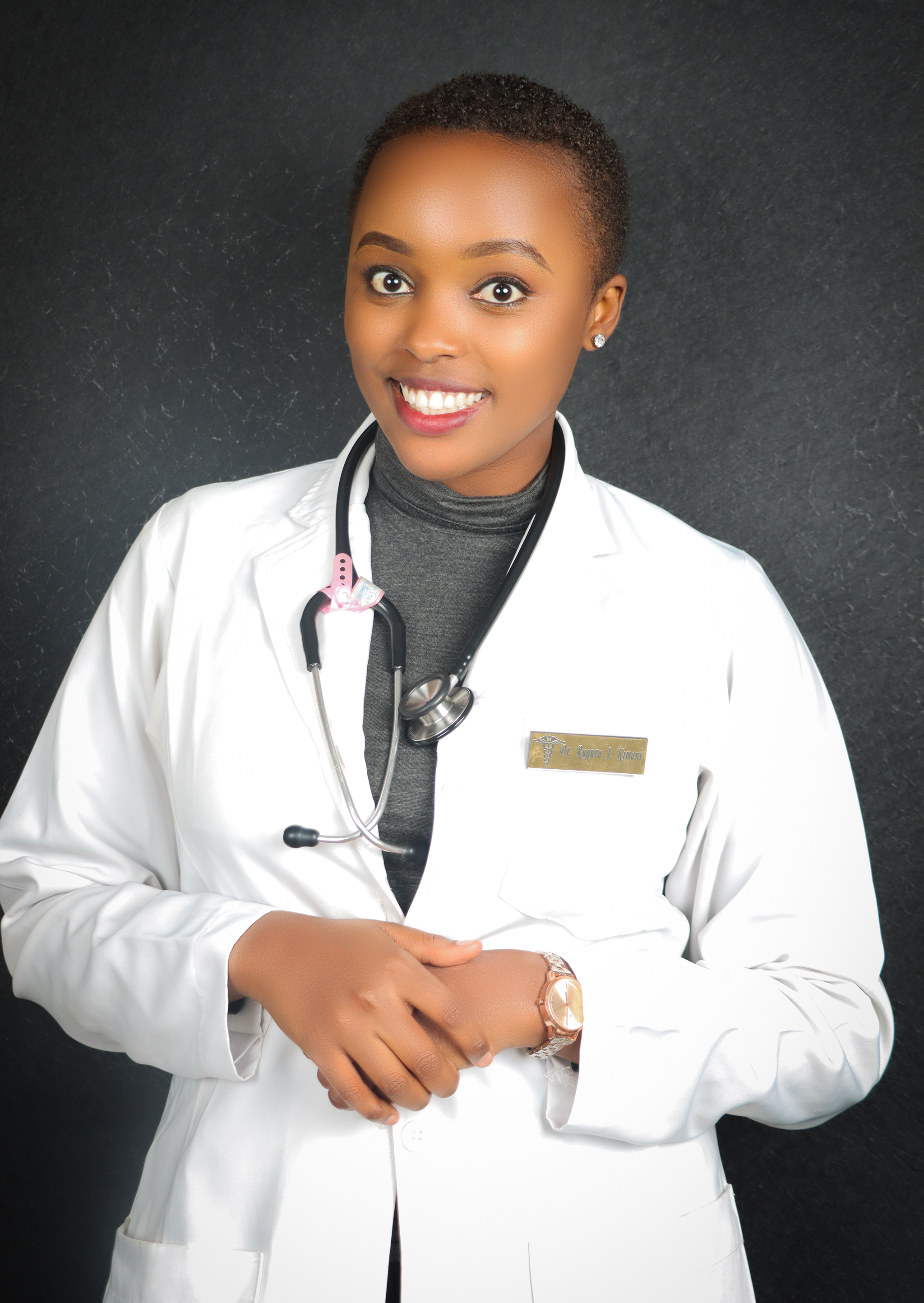 “I cleared my primary school at Juja St. Peter’s School and joined Maryhill Girls School in Thika for my secondary education. After I excelled in the final exams, I secured a chance at the Jomo Kenyatta University of Agriculture and Technology (JKUAT) to study medicine. I really worked hard to make it there,” she tells us. She recently graduated from the institution with a Bachelor of Medicine and Bachelor of Surgery.

She founded Exciting Parenting, a blog through which she shares her views on ways of making parenting easy and enjoyable. Her posts emanate from well-researched information by virtue of her pediatric classes and the experiences that most parents go through. “I am the first born in a family of six children. Seeing how my parents took care of my siblings and I was my greatest inspiration to start writing about parenting. My blog came as a result of a post I had done in one of Kenya’s renowned Facebook groups that had thousands of members —Kilimani Mums and Dads.

“I did a long post about how parents should discipline their children, after seeing a mother beat up her child mercilessly with a slipper, for a very small mistake which was more of an accident. Thereafter, I asked parents who were interested in knowing more about how to deal with their children to leave me a message; I got over a thousand. I could not reply to all of them and that is how I came up with the idea for a blog; this was around December 2016,” she recalls.

Six years later, the blog has grown and assisted many parents across Kenya and beyond, as it offers solutions on how parents can manage their children who may be struggling with various issues. “There is one particular article that I believe has become everyone’s favorite, on bed-wetting. I received numerous messages on how so many parents had been struggling to cope with children who bed-wet. The response overwhelmed me. The issue is one of the major problems in parenting and having realized that many benefitted from the article was so satisfying. It remains one of my favorites,” she says proudly. “My readers are very consistent and they always come back whenever there is a new article.”

Dr. Ruguru admits that she has no idea who submitted her name for the Forbes nomination. What she is certain of is that it must be one of the many readers who found value in her work. “I just received an email that I had been nominated for the Forbes 30 under 30, then I submitted my documents —my identification card, registration documents for the website, code of good conduct, and my Kenya Revenue Authority PIN to show that I have been paying taxes. I considered it a one-time email so after my submission, I did not expect much, until June 3 2022, when I received another email that I had made the Forbes 30 under 30.”

“Forbes always felt like a platform that was out of reach. I can honestly say that I never saw it coming. When they found me worthy of the listing I was very surprised, and it’s still surreal till now.”

She admits that it took consistency, a lot of hard work, and good quality for her to make it on that list, without forgetting the grace of God. “Most young people lack consistency with a majority hopping from one project to another if there is no quick fix. So, for me consistency is very important,” she emphasizes. She urges every young person to look for that one extra thing that will make them stand out beyond just employment.

Impact of the Listing

“I have received so many calls since I made it to the list, including a couple of job opportunities, but I have to be very selective. It has become a wave and many want me in their projects, mostly as their brand ambassador. Very good opportunities I must say but I can’t have them all.” 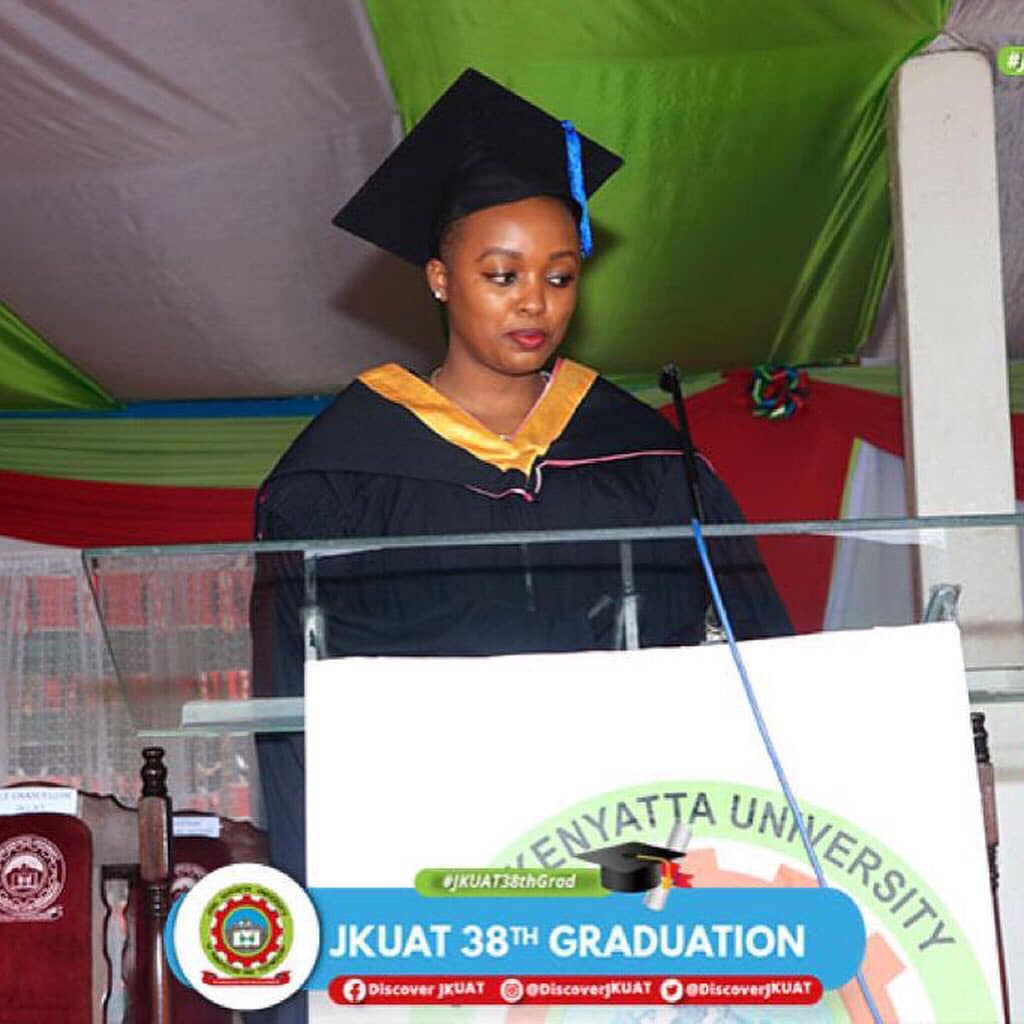 She was thrilled when she attended her graduation in person and was accorded a chance of addressing her fellow graduates, during the university’s 38th graduation ceremony which was held on the 28th of June 2022.

She looks forward to specializing in pediatrics due to her obvious bias towards children.

She hopes to spread the message on her blog not only to the grassroots level but internationally as well. Her wish is to reach out to parents who are unable to access her blog in person and educate them about parenting. She wishes to partner with organizations globally that would require solutions in regard to children’s policies and child health. “I have gained a lot of experience when it comes to economics, budgeting, and governance because of the Ms. President academy that I am a part of,” she reveals. 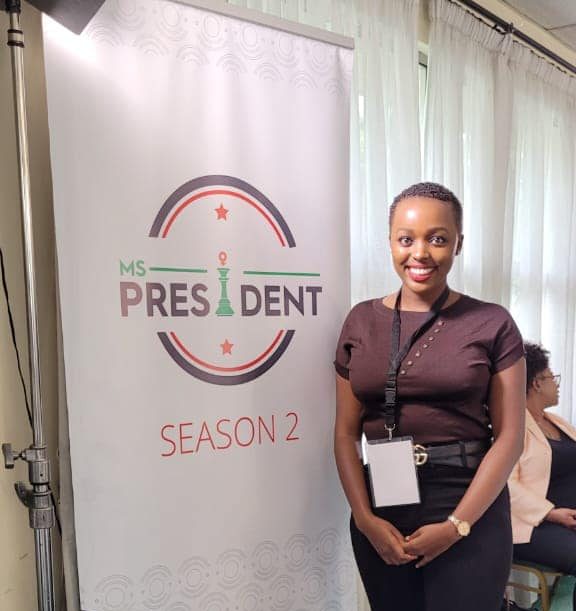 She is a contestant in the ongoing Ms. President competition that is in its second season. The show aims to enhance women’s participation in political leadership and decision-making in Kenya, via a multimedia program, complemented with community dialogue and capacity strengthening for key stakeholder groups. She is representing her native county of Kiambu, and we wish her nothing but the best. It is quite obvious that the young doctor is just getting started.

Without a doubt, Dr. Joan Ruguru Kimani is the perfect confirmation that success isn’t only about greatness, it’s also about consistency.